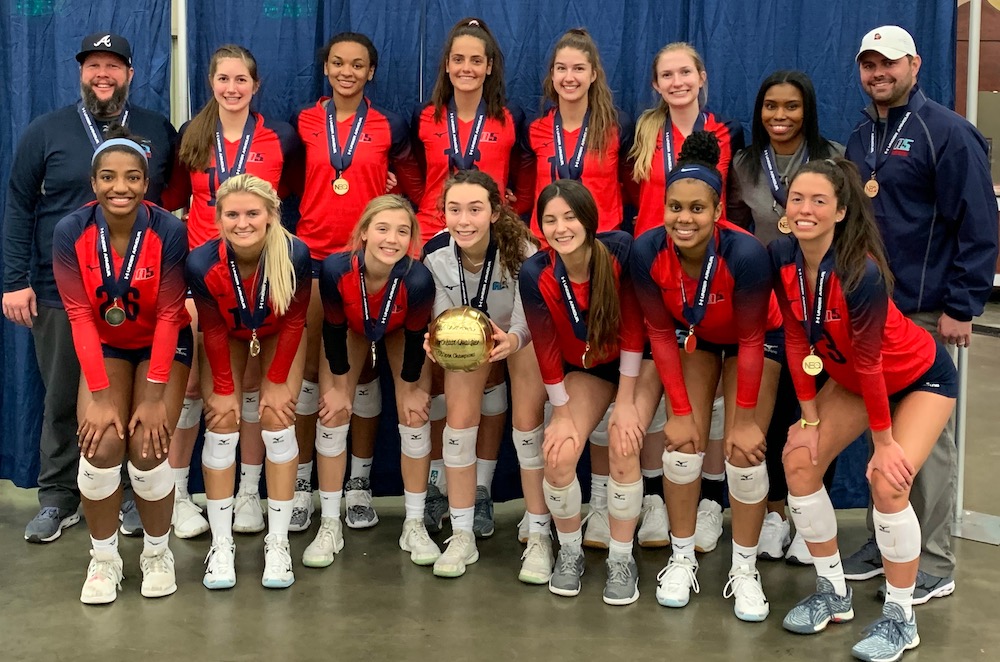 With businesses and sports coming back to life after the pandemic, A5 Volleyball Club is energizing the youth sports community in Atlanta and across the region. A5 is one of the largest youth clubs in the country and has upgraded its club facility to meet its demand with a new location at the 70,000-square-foot Sportsplex facility in Alpharetta.

At the 2020 Triple Crown NIT, A5 received the Top Club Award after A5 17 Jing won Gold and A5 18 Scott and A5 14 Helen each earned second place at the event. Three A5 coaches earned the American Volleyball Coaches Association (AVCA) Coach of the Year Award.

More than just winning medals, though, A5, like so many other clubs across the country, has become a place where young athletes can come to play and connect with their friends. Now more than ever, kids need outlets like athletics. The Atlanta-area club’s new facility, the A5 Sportsplex, will be able to offer over 40 competitive and regional teams (both boys and girls), juniors and adult leagues, and individual volleyball training.

Club founder Bob Westbrook said, “We believe this move into our new facility will prove to be a transformative event for the youth volleyball community in Atlanta as well as the Southeast. We are blessed to have this opportunity.”

Famed racecar driver Mario Andretti and his family recently consolidated their karting business. Its facility on Alpharetta Highway merged with its Marietta location and a deal was made in January between the Andretti family and A5 allowing for A5 to take over the lease of the building. The Sportsplex is only a few miles from its current location, which isn’t expected to be a burden to the current A5 families.

The club’s new space will allow A5 to host regional and even national tournaments as a prime central destination. These events have the potential to, in turn, help boost the local economy and A5 is committed to being part of a positive solution. During the club volleyball season, tens of thousands of players and their families travel to tournaments.

The A5 Sportsplex has 13 Taraflex courts including an actual Olympic court from the 2016 Rio Olympic Games. Bleacher seating and a mezzanine view will be available for spectators. Construction will begin this fall on five outdoor sand volleyball courts, a sport that has seen tremendous growth in recent years as well as more recently during the pandemic.

Plenty of parking, an on-site Pro Shop, a restaurant, and gaming vendors are planned for a full-service experience. A5 has adapted to the demands and changes in sports and is continuing to offer organized sports for young athletes in Atlanta and beyond in the Southeastern United States.