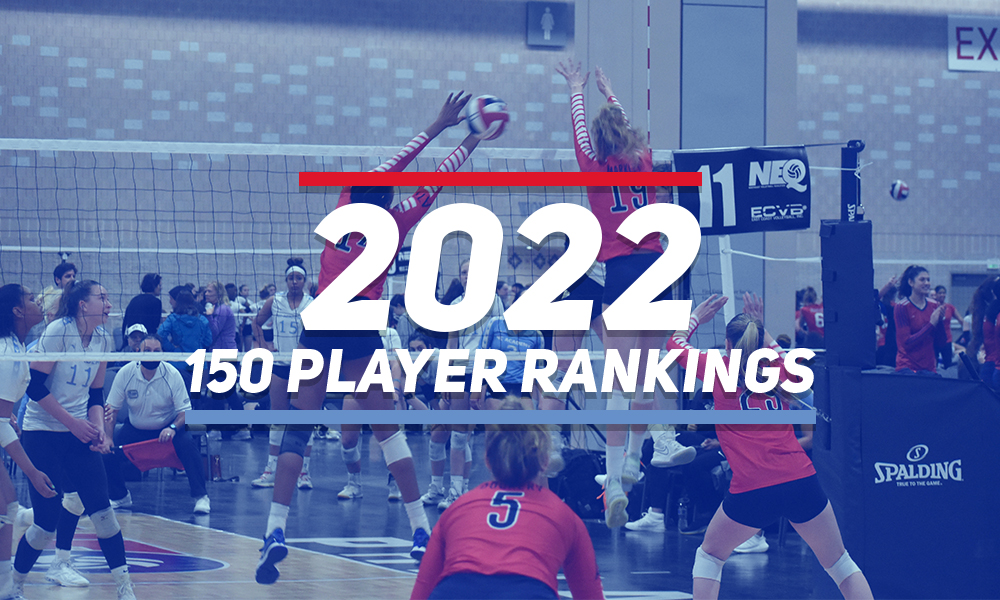 With the 18's Club campaign basically complete, and a lull in the major event scene, we thought now would be the best time to release the final edition of the Class of 2022 Top 150. Now, although it is the 'final' release, think of it more as the most recent edition, not the 'be-all and end-all,' top 150. Today, we begin with numbers 101-150, with the Top 100 to be released on May 16. The remaining age groups (15-17's) will be released at the conclusion of the full club season. So the full list currently available will still be from December. We'll also be releasing a list of players who were just outside the rankings, as well as a full list of all players from the rankings from start to finish. So keep an eye out for that!

A quick note, as the rankings have evolved, so too has the process and we realized that there are ebbs and flows to players impacts and abilities. In our eyes, every play that has made an appearance in the Top 150 is a fantastically talented player who has worked hard and although all players work hard, and the ones in this edition have come the furthest or have hit a high mark most recently. If a player's name is not listed, that does not take away from the blood, sweat, tears, and time they invested in the sport, and they should be proud of their abilities ranked or not.

Therefore, there is no need to expel wasted energy on an angry email or nasty comment because quite frankly the odds are good it won't even get a response. We're here to celebrate players, their success, and to shed a positive light on the sport. We don't rank players and release lists or awards out of malice but to continue helping the sport gain recognition and to help push volleyball further into the mainstream of sports and sports media, and we're proud to be one of the few outlets to put in the time, travel, and effort as well as the courage to do so.

That being said, it has been just over four months since the last release and you will most definitely see some new names as well as some movement since the last release in December. Every player develops, grows, and improves at a different pace, and this club season we had the opportunity to see some new faces with abilities that we may not have before. We've taken into account many determining factors including personal accolades, impact on her high school and club teams, moving on to a collegiate career early, earning a place on some of our other lists as well as other organizations’, and, quite honestly, subjective opinion.

Below you will find numbers 101-150 of the final edition of the 2022 Top 150 Player Rankings. The full list will be updated under the Rankings Category next week after the release of the Top 100. For corrections ONLY please e-mail rankings@prepvolleyball.com with any informational adjustments.