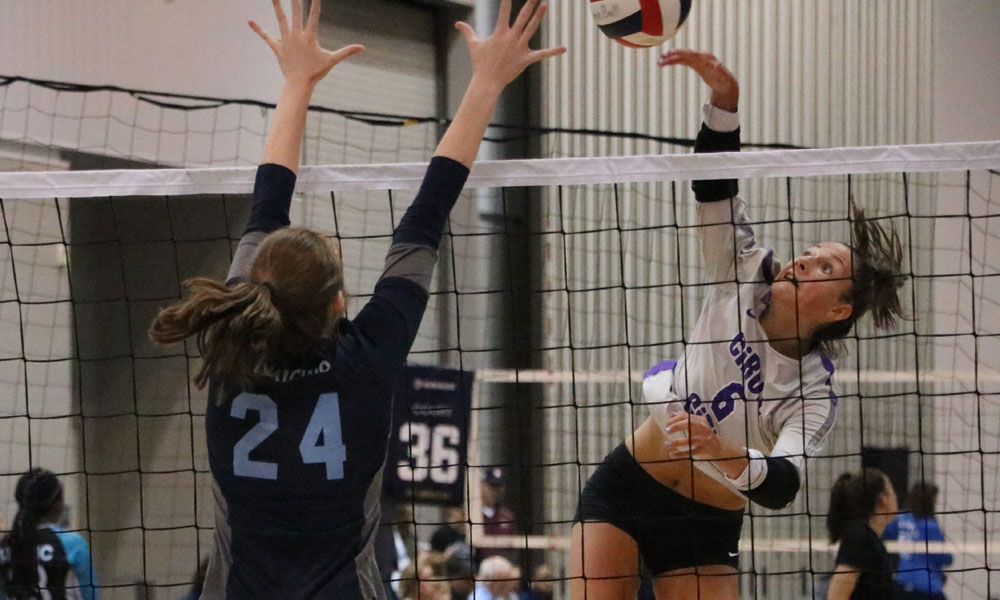 Chloe Chicoine (6) plays up – but that’s by choice. The USAV has changed the ruling on age definitions in club volleyball, to go into effect for the 2020-21 season.

On Wednesday, July 1st, USA Volleyball (USAV) announced
it has made changes to the age definitions set out for junior-level athletes to
follow when deciding which age division an athlete could compete in. The date,
previously beginning September 1st, was moved back to July 1st
and will go into effect in the 2020-21 club season.

The adjustment was passed by both the Regional Volleyball
Association Assembly (RVAA) as well as the USAV Junior Assembly (JA).

In other non-board related items, USA Volleyball, in
consultation with both the RVAA and JA, approved the following:

To simplify it, athletes with a July or August birthday and are “old” for their grade in school have had to play up an age group in club volleyball (to then become “young” in the division) until their 18s year, when they could play 18s twice.