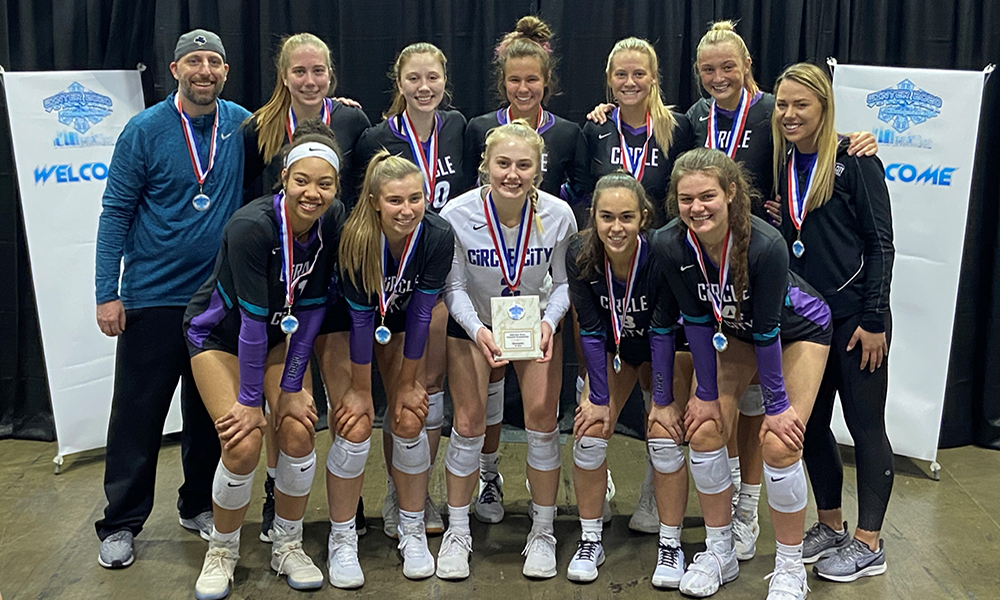 Circle City 18 Purple its first club championship ever in Chicago.

There have been some superb Circle City teams in the past. Even the current Circle City 18 Purple team has had its shining moments over the years, but according to the players, this one, ranked No. 73 in the preseason, had never placed first at a tournament. Coach Chris Due said this group has only finished as close as second at a St. Louis President’s Day tournament when they were 14. We guess they were saving first-place for the last year!

That all changed in Chicago over the weekend as the players for Circle City 18 Purple saw just how sweet it is to wear some gold hardware around their necks by winning the Girls Winter Volleyball Championship in 18 Open, despite being seeded sixth overall. Sky High 18 Black and Legacy 18-1 Adidas also grasped bids on the opening weekend of the 18s qualifier season, too.

“This team has some amazing chemistry and it showed on the court this weekend,” said Due. “For us to be successful, we need everyone to step up and play their roles well and everyone did just that. We just kept improving every match from Day 1, on, and by the end, we were playing our best volleyball.”

Olivia Utterback, a RS committed to UC Davis, competed
at a new level and showed up for her Circle City team whenever it needed a
side-out. The go-to player on the weekend made some key plays in crunch time to
help carry the offensive load and make setter Anne Lesure’s
(Akron) job a little easier.