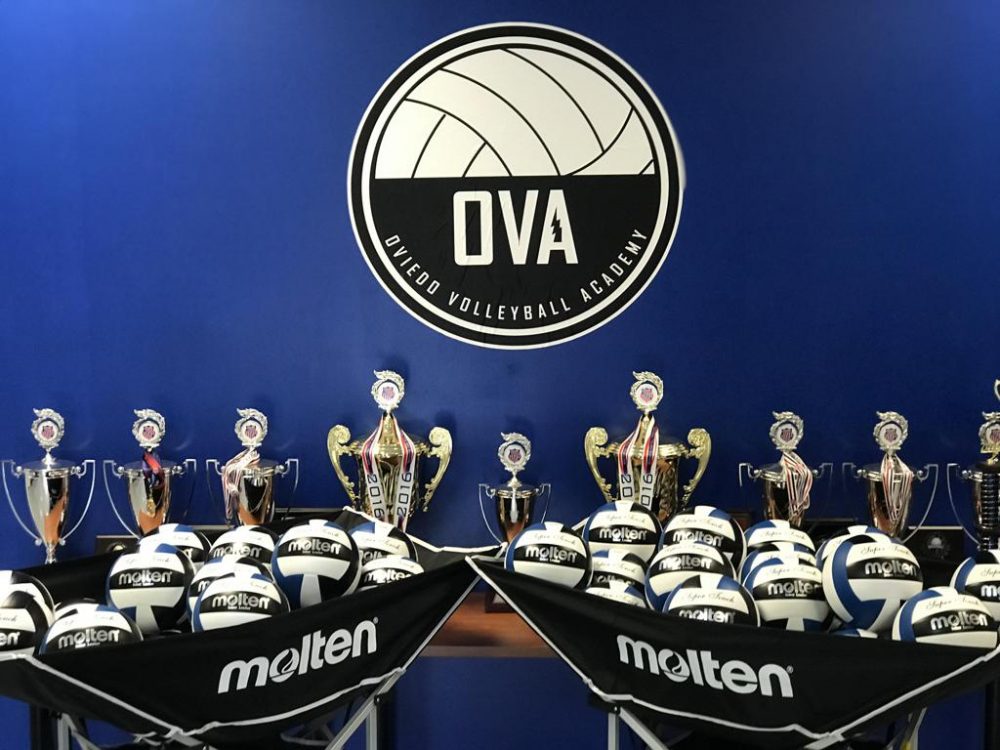 Oviedo Volleyball Academy, formerly known as Lightning Volleyball Academy, is already making waves under their new moniker. Club President Andy Lee made three significant changes to the club over the summer, the first and most prominent being the club’s name. The second change was opening a beautiful brand new facility. The third was bringing in NHSCA 2018-2019 Coach of the year Jen Darty from Oviedo High School as club director.

Darty’s Oviedo squad made it as far as the Florida 7A Regional Semifinal, being ousted by the eventual state champions, Hagerty. Darty took the loss in stride and has already moved on to club season. In December, her OVA 18 Black team defeated two tops teams from the region at the Florida Holiday Challenge in Daytona, Top Select 18 Elite, and JJVA 18 Austin. If you’ve seen our Big 18’s Preview Club Dish, you’ll know that both teams boast rosters comprised of highly talented athletes, some of which will head off to Division I and II schools in the fall. But, to recap, JJVA 18N Austin has setter depth in Cameron Fenner (Flagler) and Hannah McCarty (Franklin and Marshall), ball control in Sophia Ervanian (Tulane), Olivia Leinenweber (Babson), and Mary McDonnell (Biola), and two aggressive attackers in Emily Mayher (Loyola-New Orleans) and Victoria Wood (Queens University of Charlotte). They’ve also got a handful of other highly talented players not mentioned.

Top Select 18 Elite Blue sat atop the PrepVolleyball.com rankings for a solid three months last season, winning the Triple Crown, Lone Star, and Big South, and finishing second at AAU Nationals. Setter Emily Lawrence will be on her way to UCF in the fall, outside hitters Ann Cate Fitzpatrick and Paris Thompson will be at Penn State and Notre Dame respectively, and libero Mallory Downing will be a Georgia bulldog. Those are just a few names on a dangerous roster.

Jen Darty is making a significant impact in her first year as club director and coach. Her OVA 14 Black team that qualified Open last year took 2nd place in the Open Division in Daytona as well. Lee’s club is one we’ll no doubt be keeping a close eye on this club campaign. Don’t be surprised if and when you see their new name and logo again soon, especially with the Music City 18’s Qualifier quickly approaching.