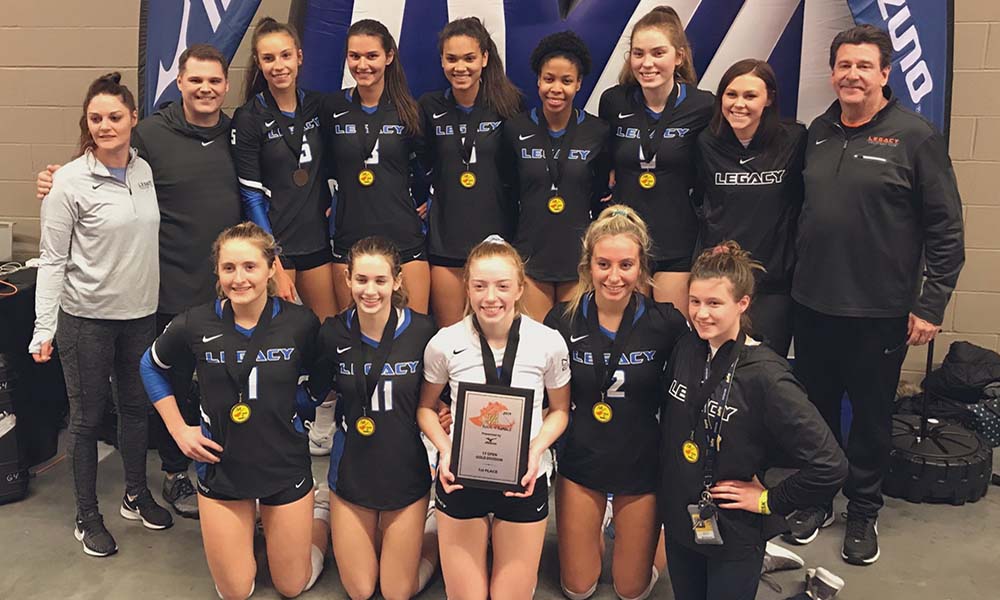 Finally, we catch up on the JVA Rock ‘N Rumble winners (apologies to keep you waiting!). Below we wrap up the events of MLK weekend in Cleveland and list the final rankings in Gold for each age division. We rehash how the winner came to overcome the challenges that came out in what was many of the teams’ first outings.

In short, all ranked teams in Cleveland finished in the Gold division. The team ranked the lowest in our rankings and finished the highest was AVC Cle Rox 16N Jeff. AVC 16s won the event but had been ranked in our Honorable Mention listing in the 16s pre-season order. Speaking of the Academy, AVC had two teams in each Open age group we cover (15s-18s) that finished on Sunday in the Gold division. Additionally, it had one team in each of the four finals and won two of those titles.