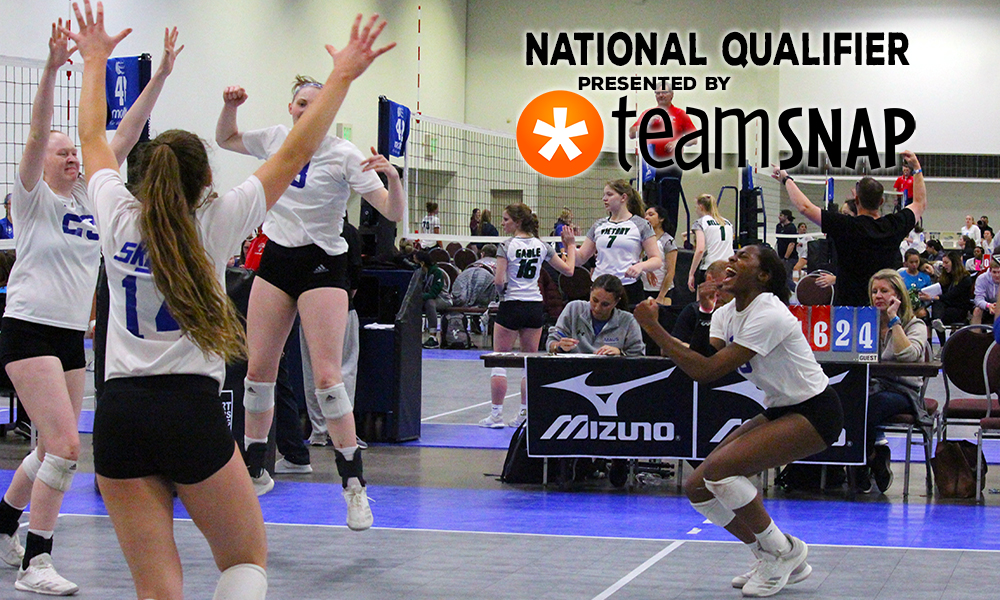 Houston Skyline 17 Royal is still on the hunt for Gold in 17 Open at NLQ.

PrepVolleyball.com’s 2019 National Qualifier coverage is sponsored by TeamSnap. Visit TeamSnap to discover how much time your organization will save each week.

By the end of pool play on Day 2 of the Northern Lights Qualifier (NLQ), eight teams remain in contention fighting for Gold at the last qualifier of the 2019 club season. Two bids were earned in 16 Open, leaving one more to go to an at-large bid at a later date. With 11 previously qualified teams in the division, that means that five teams already with a bid did not advance to Gold on Day 3.

In 17 Open, only one bid was earned, sending two to the at-large process and three qualified teams without hope of finishing in the top-eight.

As we’ve seen a loaded field, even the non-Gold brackets have been drenched in meaningful matches and close calls. But, we’re here to see who will win it all and which teams have earned bids. For now, the drama is at bay with no more bids on the line in 16 and 17 Open. On Sunday, though, it’s back on for the hunt for more wins against the field and the coveted gold ball.