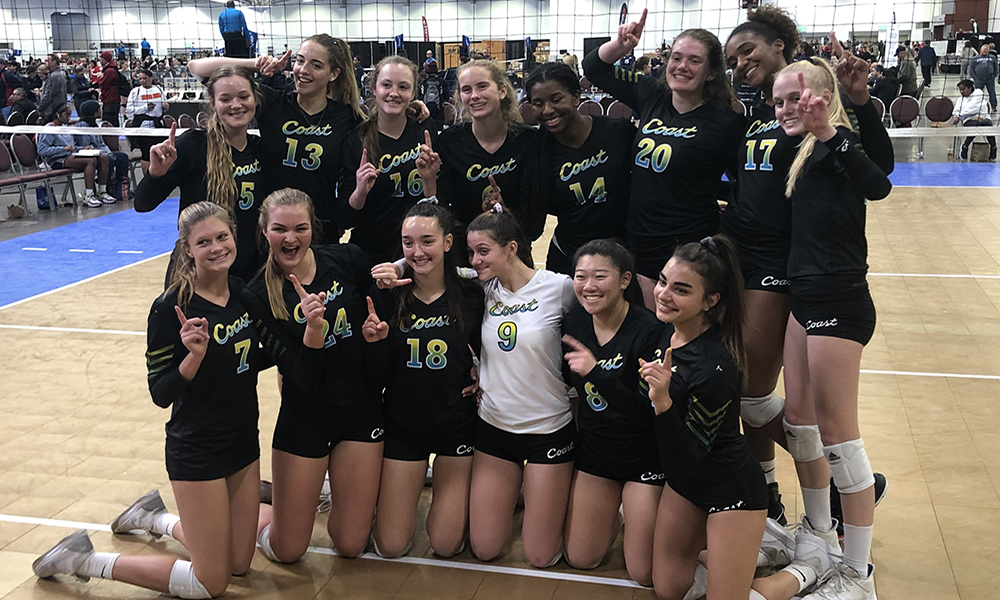 COAST took Gold in 18 Open at NLQ – but its future at GJNC remains up in the air.

The Girls 18s Junior National Championship (GJNC) has been postponed nearly two months, now scheduled for June 23-25 in Reno. Previously, the event was set to take place on May 1-3 in the same city.

The 18s GJNC was moved to a separate date, as early as the end of April, for the first time in 2016 and has remained ahead of the rest of the age divisions since. This year, because of the COVID-19 pandemic, the 18s championship will end the day the 14s begin GJNC play in Dallas.

I intended on writing this article with a run-down of who’s still in and who’s out for the 18s GJNC, as far as player personnel and teams are concerned. After all, one of the main reasons the 18s became unattached from the rest of the age divisions is due to colleges asking their recruits to come earlier in the summer for workouts and summer school. Surely, players and teams would be out because college still called!

But as I began contacting coaches, I started to understand what they’re dealing with. Many of their answers about the questions I had was, “Well, we don’t know yet.”