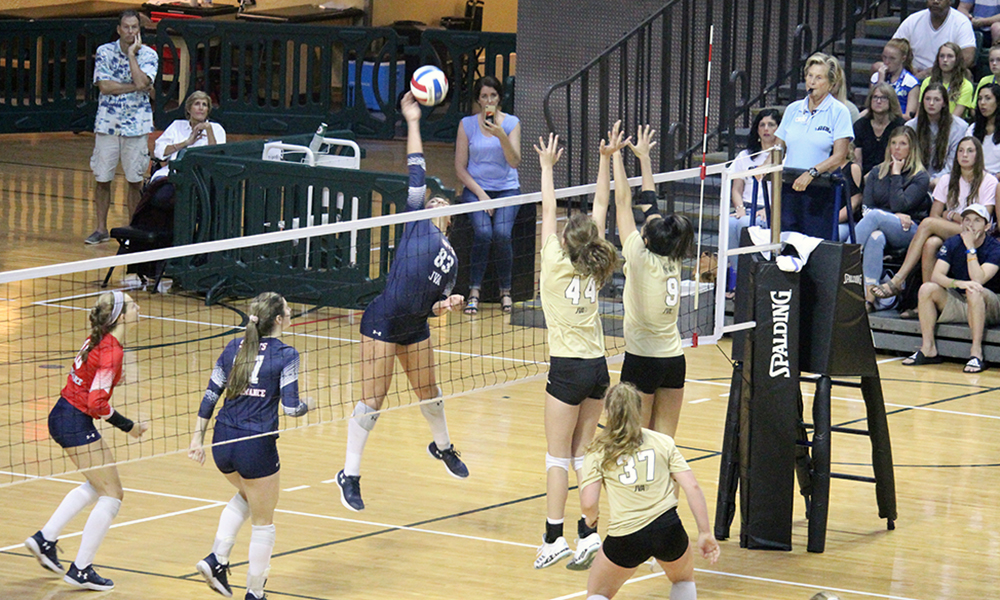 Jessica Molina (83) and her C-Fed teammates win gold in 15 Premier at AAUs.

The AAU National tournament in 15 Premier finished with six teams totaling just one loss over the four days, but there was only one who left with gold: Sports Performance 15 C-Fed.

The division took place over the course of four days and what separated the final gold bracket teams from the rest was Day 3's evening Crossover matches. I admit I was at the other location watching 15 Open and then was stuck in Orlando traffic, so I regrettably missed the excitement and thrills which took place Tuesday evening.

On Wednesday, nine teams remained and four of them were undefeated heading into the Championship Division. Day 4 was a “one-and-done” situation and Spri C-Fed and FaR out 15 Black, Spri’s challenger, both landed three sweeps so they could take a rest from about 1 PM until it was time to warm up for the championship match around 7 PM.