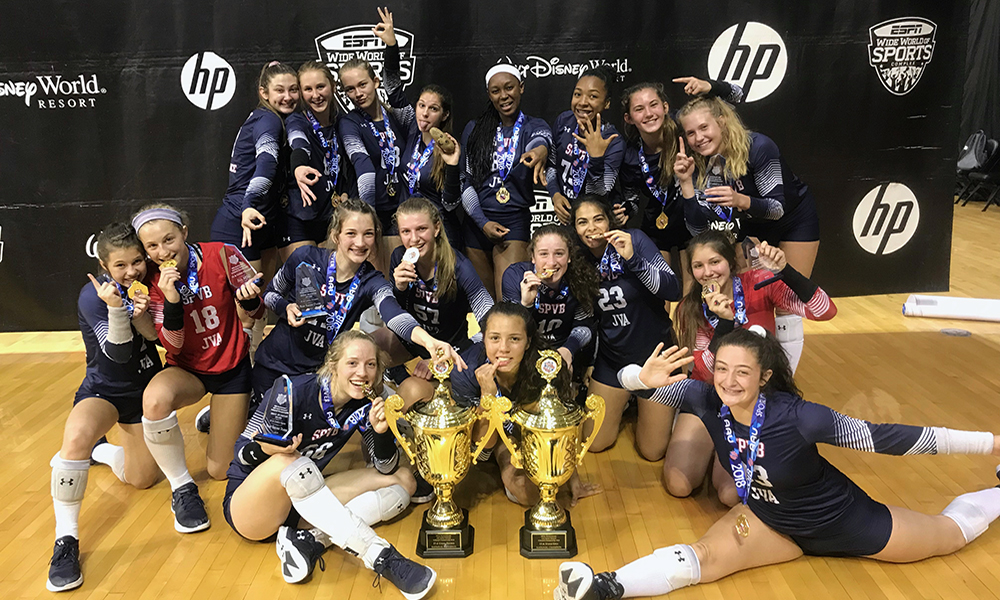 It was no surprise that the Spris won both 15s divisions at AAU Nationals.

Defending AAU National Champions Sports Performance 15 Elite began its quest to repeat its Open title on Sunday with a two-set loss on its very first opportunity to play. If you recall, Spri competed on a court with narrow sidelines and had to move three rows of courts over from the rest of 15 Open.

Traditionally Spri is fundamentally sound and the players receive top-notch training. The group returned five starters from the 14s Championship team and added Emily Wilson to complement Brooklyn Borum on the outside and Jillian Elsouso on the right.