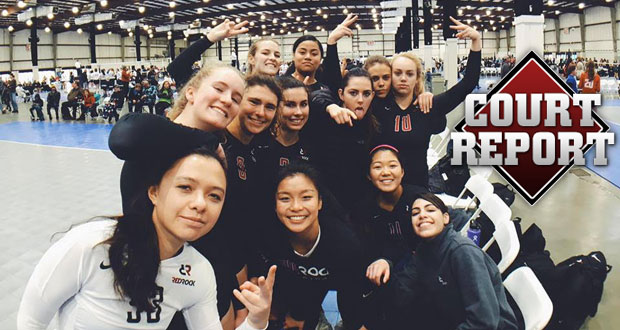 The JVA Rock N Rumble highlighted last weekend’s action but it wasn’t the only game in town. Many teams from around the country were battling in power league play. We break it down and more.

Red Rock 18-1 is off to a solid start. See why in this week's Court Report.

It’s already time for the third edition of Court Report.

It’s been busy at PrepVolleyball.com lately.

If you’ve missed anything, you can always find what we’ve been up to here.

Below, we take one final look back at the JVA Rock N Rumble. And while many teams were fighting it out in Cleveland, plenty more around the country were kicking off power leagues or continuing them. Lastly, the 18s continued qualifying for Dallas last weekend with the NEQ, which we check in on as well.

Ranked third overall in PVB’s Pre-Season 18s Rankings, Skyline 18 Royal was the team to beat at the Northeast Qualifier. But with only one bid in play, any slip up would be costly for the Texas squad, especially since Sydney Kleinman is still working her way back to full strength.

“We haven’t had her all year but she is back and was just recently released,” Skyline coach Kirk Perry said. “She was limited to some back row at the Tour, but she didn’t practice until two weeks ago. This weekend, we played her on Day 1 some and on Day 2 we limited her to half a set each match as we work her back.”

It wasn’t looking good for Skyline, but libero Lauren Lee was nails from the service line, helping Skyline reel off the last seven points of the match.

“We relaxed in the second set and didn’t play our best game in the third,” Perry said. “Coming back and winning, that was probably the turning point of the weekend. Ocean Breeze is a good team. Kate Dedrick had two huge, huge blocks during that run.”

“Allye Beth Deaton played well for us,” Perry said. “She passed a 2.85 in the final. Callie Williams, our setter, she’s such a fearless competitor and she brings that mentally to the team. Jaclyn Childress in the middle from a defensive standpoint led us in blocking against OT with solo and four assists.” 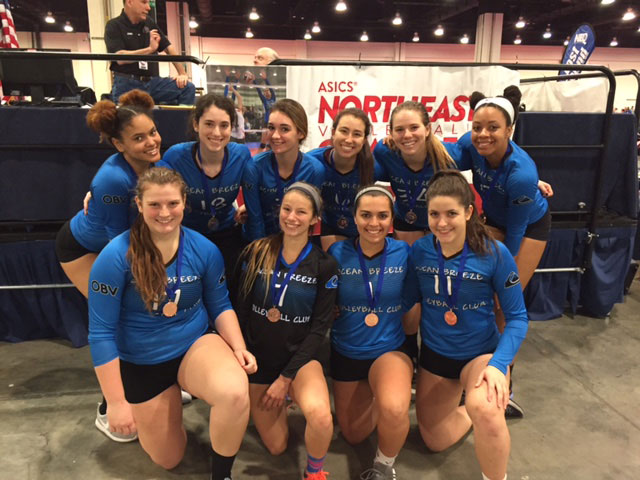 Meanwhile, Ocean Breeze Quicksilver 18s had a stellar outing by tying for third with Triangle 18 Black. Both went 5-3 for the weekend. Other than letting the big lead in Game 3 get away against Skyline on Day 1, OB was relatively solid. NE Elite 18-1 took down OB in straight sets on Day 2 but OB bounced back to hold off Dulles 18-1 in three.

In USA Division action, it turned out to be an all-Pittsburgh showdown in the championship match as Pittsburgh Elite 18 Premier and Renaissance 18 Black. Both already had bids wrapped up by virtue of reaching the final, with Pitt Elite sweeping past Renaissance, 25-21, 26-24, for the victory.

PrepVolleyball.com’s John Tawa was in Cleveland last week to cover the JVA Rock N Rumble first hand. We have some more from the tournament below, but in case you missed anything he provided you can catch up: