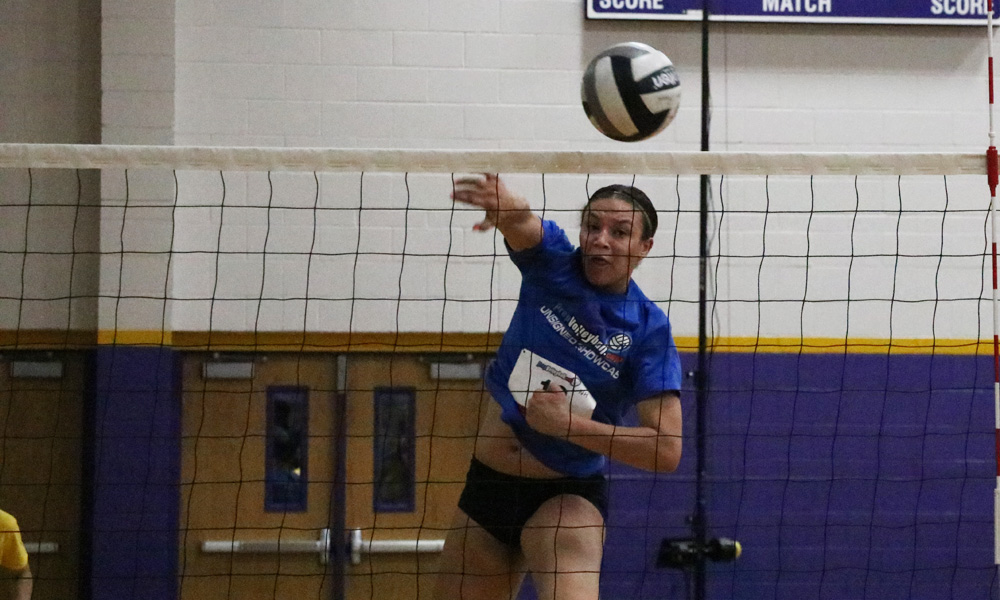 Naomi Harris has only been playing volleyball since ninth grade! She can hit the snot out of the ball!

Here’s some cold, hard, brutal feedback from the new Las Vegas Unsigned Showcase, even if it might make some people mad.

College coaches, you have some work to do!!

How else can any of them explain what took place during Session 2 on Friday night at Durango High School? It never ceases to amaze that for all the rocks college coaches scour for and turn over, that a few undiscovered gems can always slide through the cracks.

Personally, these eyes have never witnessed a PrepVolleyball.com Unsigned Showcase session oozing with so much (overlooked) talent. Back in September, this reporter was covering the Durango Fall Classic. There was a familiar face in the second group and by the time it was over, the MVP wasn’t even clear. However, the slight consensus went with Naomi Harris, a 5-10 Class of 2018 outside hitter from Nevada Jrs 18 Black. If she looked familiar, it’s because she was. Harris made our Day 1 Star Search from the Durango Fall Classic.

It turns out, Harris attends Durango High School and has only been playing volleyball since she was a freshman. She started on JV and has spent the last three seasons playing varsity. She pounds the ball, as physical a player that was in the gym Friday night.

Harris was actually a cheerleader before that, but last night it was the college coaches on hand doing flips over Harris as her big arm thundered balls to the floor time and time again.

Oh, one another thing about Harris. She had the showcase’s hardest serve recorded by radar. She clocked one at 53 mph.

Normally, Harris would have stood out so much she would have been the easiest choice ever for MVP. But she wasn’t with the other talent in Session 2. Kailyn O’Neal, a 5-7 Class of 2018 setter from HJV 18 Premier was getting tons of accolades. Coaches were drooling over her hands – “They are sooo nice,” one of our on-court coaches shared.

O’Neal could have been MVP if not for Harris, yet both were challenged by another player. Kamilla Marinas, a 5-10 Class of 2018 middle blocker from Laule’a VBC 18 Black was turning heads with her quickness. She’s fast and nice on the attack. She could be a sleeper for a mid-major.

Our MVPs from our remaining three sessions are as followed: 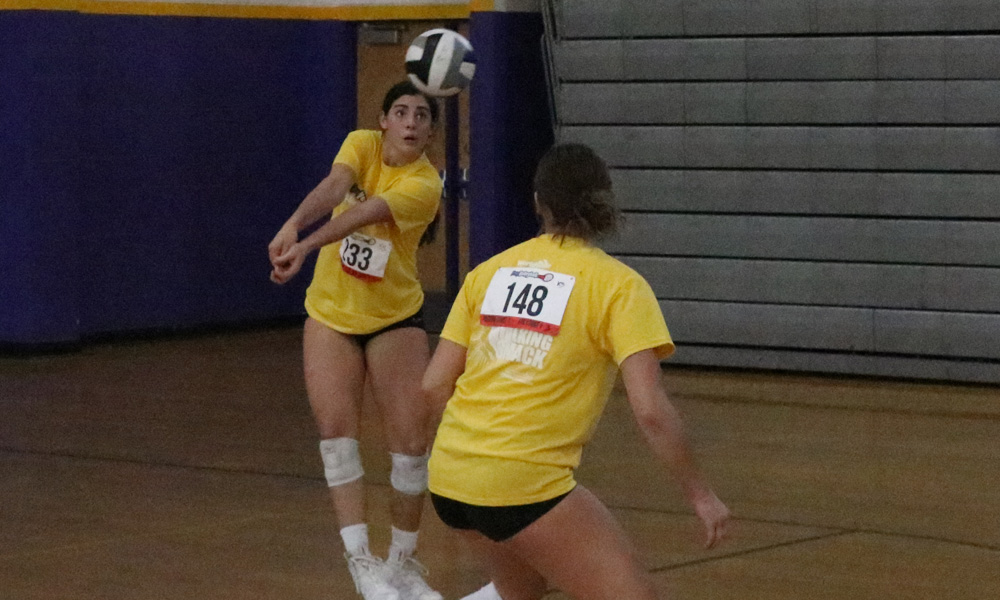 Siale Sandoval plays a ball in the back row.

Session 1: Siale Sandoval, 5-11 Class of 2019 outside hitter from Momentum 17 Shane. Sandoval was by far the most impressive in the opening group. She has a live arm with a strong swing. She’s was noted as just being a solid player who is “very athletic.” Like Harris, Sandoval also expressed her dream school is USC. However, she said she wouldn’t mind ending up at a school like Point Loma in San Diego.

Session 3: Camille Boone, 6-1 Class of 2018 middle blocker from Pacific Jrs 18-1. Hello college coaches! What’s going on? How is Boone not signed? Is it because she is a former soccer player who started playing volleyball as a sophomore? Is it because she plays on a smaller So Cal club? One of our on-court coaches – a former middle – told me unequivocally that Boone is “a Division 1 player.” Boone only tried out for volleyball because a friend asked her to. Even then, Boone said she didn’t want to try it. She was a little “burnt out” on soccer though and found herself drawn to the different culture volleyball provides. Boone is looking to go to a four-year college, either in or out of state. Any coach with a need for a 2018 middle should be more than interested in Boone.

Session 4: Jessica Grubb, 6-0 Class of 2018 RS/MB from Pacific Coast VBC 18. College coaches, what’s going on, really? Grubb said not one coach has talked to her. Say what?!? Our on-court coaches were floored when they heard that. Though Grubb is listed as a right side, our coaches absolutely believe she is a future middle (or right side). She was called a “smart hitter” who could “adjust to the set,” whether tight or off the net. Our on-court coach said give Grubb a solid year of coaching where you can fine tune a couple of things because all the potential is there.

More players who stood out (with some occasional notes):

— Jenna Jones, a 5-8 Class of 2019 L/DS from AZ Desert Sky 17 Impact (listed as a libero, but strong all-around player with good hands. One coach thought she was a setter. Another thought she was an outside)