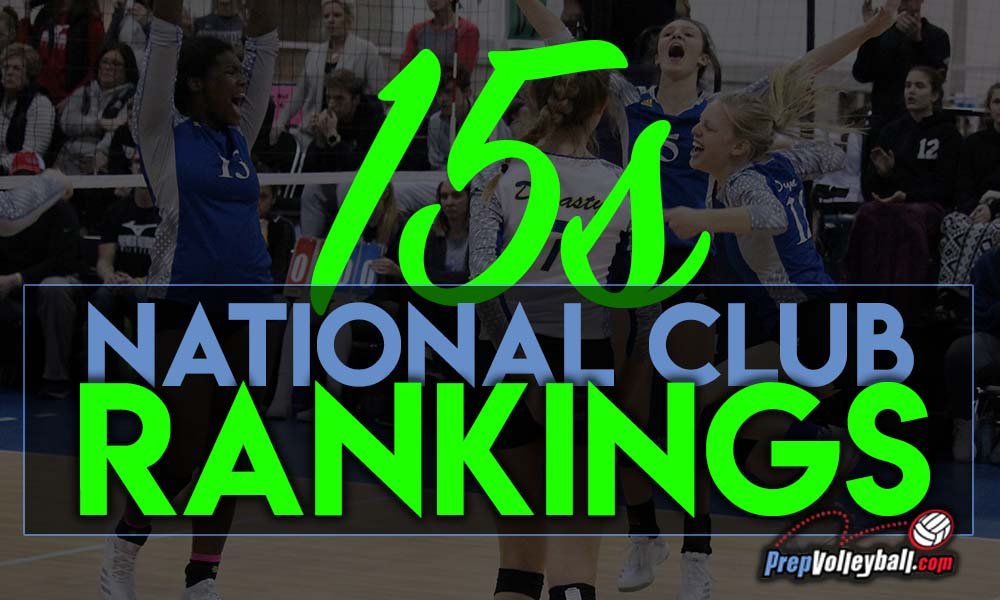 Here now
are our pre-season 15s rankings, known annually as, say it with me…“The Big
Guess.”

Trying to rank 15s for the first time is always a challenge, especially as we do not cover 14s. The teams are populated with kids we haven’t yet begun to know, many of whom did not play for their high school varsity teams last fall. We usually lean heavily on last year’s results as well as the Club Rankings Team (CRT). Though there are more than 300 members of the CRT, there was precious little input into the 15…
I feel like I am going it alone…

Below please find the top (I think) 115 or so 15-year-old club volleyball teams in the country as of the second week of January, 2020. The rankings – initially, we only give 50 a numerical ranking, compared to 75 for the older age groups -- are based on the information we have received to date from clubs across the country based on our request that they submit forms to us.

The pre-season 18s rankings were released Monday, the 17s Tuesday and the 16s yesterday.

Please note: these rankings are not the product of a computerized system. As you peruse the rankings, remember these things:

1. The
pre-season rankings are a prediction
of where teams will be at the end of the season not what has
happened to date.

2. The
rankings are for fun and for discussion and nothing else.

3. The narratives include many but not all of the impact players for any given team. I use submitted forms as the basis for the narratives and never guess.

4. We have been asking for team info since mid-November and have asked many times. If clubs that should plainly be in the rankings – I won’t embarrass them by naming them here – are not, it’s because the club did not come through with a form, an informative email, a roster…anything…that would help me evaluate what they look like for 2020. Look for these and other clubs in our 70-strong Honorable Mention section.

5. As the teams get younger, our faith in our ability to successfully rank teams where they belong gets murkier. We know what happened last year and which kids got better during high school and we have the forms but growth happens quickly at this age. We could be way off!

That’s it for now! Thanks to everyone who helped get this ranking out in a relatively short time frame. I could not have done it without you.