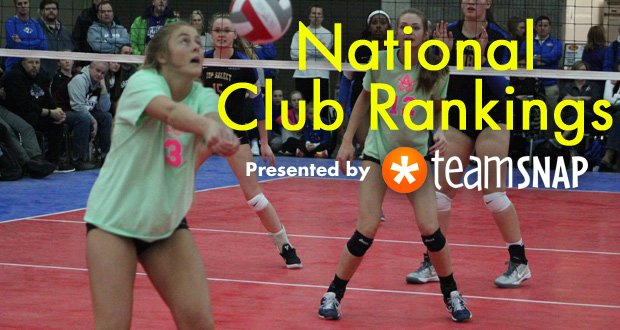 We have a new No. 1 for the third time this season. See which club takes over the top spot in our updated Top 60 National Rankings.

Munciana has won everything in sight in 2017, making the Indiana club the easy pick for No. 1.

The feeling around the 18s Division hasn’t changed all season.

When the Pre-Season Rankings dropped in January the sentiment was there was no dominant team or teams. It was the same last month for our February Rankings.

Now, almost through March, the only thing that’s change is the pecking order.

There is still no world-beater out there.

At the very least, though, the No. 1 position is well-deserved.

While Munciana 18 Samurai hasn’t been snowballing the competition, the Indiana club has come out on top enough that it’s hard to question the top ranking.

Therefore, Munciana takes No. 1 in the latest updated Top 60.

Identifying more of the elite 18s clubs wasn’t too difficult. They are the ones that have had success so far, done well in major tournaments and/or earned bids to 18 Open Junior Nationals in Dallas.

After that, however, it gets messy in a hurry.

More results can give a more accurate representation of where teams stand. But not when they are a jumbled mess.

Oh well, much of it will be sorted out soon enough anyway with JN’s in Dallas. Munciana won’t be competing there, but our No. 1 team is in action in early April at the JVA World Challenge.

So enjoy your time at the top Munciana.

It won’t be long before teams are coming for you.

Below is the updated Top 60 for March, presented by TeamSnap.