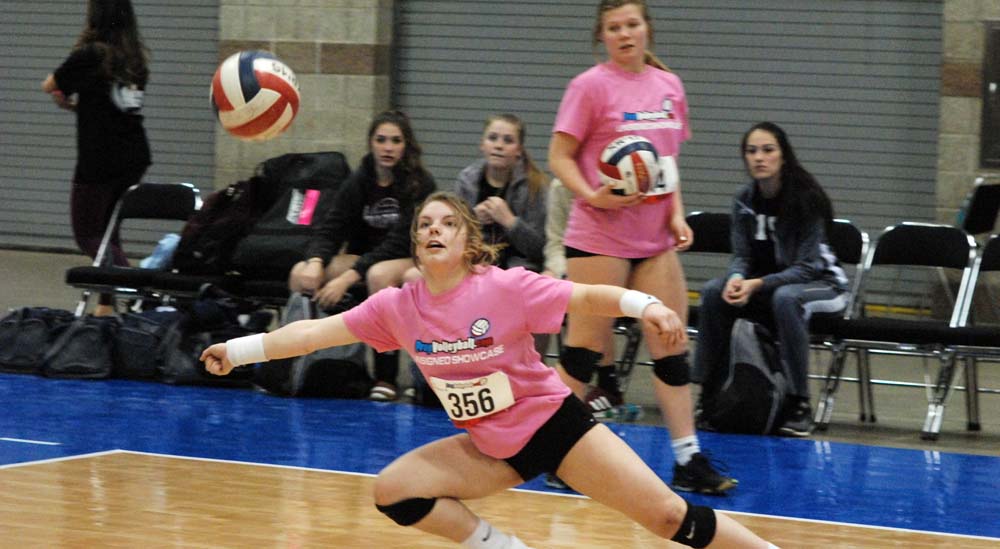 It was a small group – about 1/10 the size of next Thursday’s Unsigned Showcase – but the players who participated in the PrepVolleyball.com Unsigned Showcase at Colorado Crossroads on Friday evening showed great spirit and left the Colorado Convention Center sweaty and happy.

All but three players were current freshmen, which makes sense since the oldest age group this weekend at Crossroads is 15s, but the two most intriguing players were sophomores.

After consultation with the coaches, the MVP was 5-11 OH Paige Bensing of Encore 15 Navy in NorCal. Bensing may or may not have been one of the older players, as she was born in October 2022, which makes her the age of many freshmen across the country.  [Interesting note: on the Encore website, Bensing’s birth date is listed as May 3, 1973, which would make her a VERY OLD sophomore.

Our staff chose Bensing as MVP because of her pretty arm swing on the outside and her willingness to pass and hit.

“A lot of outsides struggle when they have to pass and hit at the same time,” Bensing said. “I do better when I’m multitasking. I like to be a part of the play every time.”

Another sophomore, 6-2 MB Jordan Hopp, was probably the most projectable of those participating and had perhaps the most interesting story. Hopp is from the city of Alliance, in Nebraska’s panhandle, a six-hour drive from Lincoln. The three-sport standout doesn’t play club because there aren’t any around. So she’s raw, but has a massive ceiling. We’re talking about a player who is extraordinarily long, who blocks armpits above the net and who is near or above 10-0 on her approach jump. Hopp showed the ability to hit a slide with tempo and pace but it is clear that her best skill right now is blocking. She set a high school record for season blocks this past fall.

Below please find other players our coaches enjoyed putting through drills, with notes if we have them: 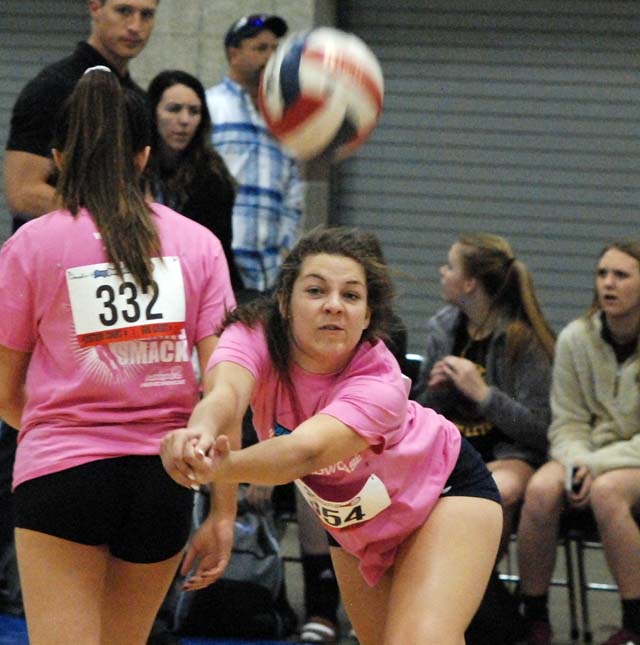 Korrina Pace gets her dig on

Zoe Jerke, Kansas VBC – Great hustler who isn’t afraid to get dirty; a spark plug who reads and tracks well

Ashlyn Quillan, CCSA/Elevate – Terrific setting behind her; hand speed is above average; reads and tracks well

Katie Berg, Kansas Jets – tall at 6-3 and a go-getter; tenacious; athletic and explosive

Janel Pido, IMUA – Not tall but a great athlete; jumps well and quickly and uses her arm well