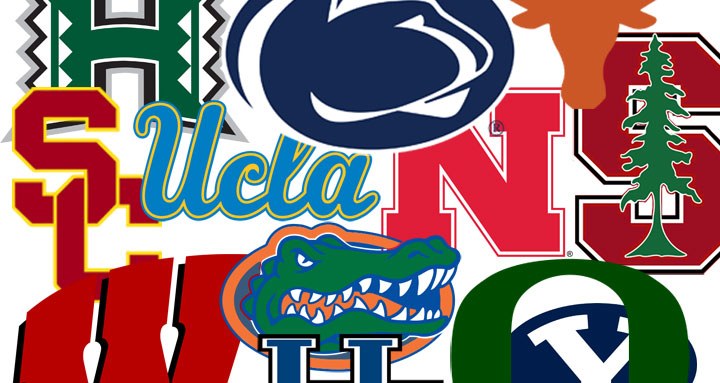 We already released our Preseason Top 50, which you can find here.

However, how have programs stacked up historically?

We took a look.

Putting together the Top 25 All-Time programs was like most other ranking processes – there were some obvious choices and ambiguity everywhere else.

When a school has captured the most national championships in the sport’s history and has been ranked in 30 of the 33 final Top 25 polls nationally, it’s clearly one of the best all-time programs in the nation. That’s not hard to figure out.

There are two programs that have never missed a Top 25 and own multiple national championships. Those are a couple more easy selections.

However, as the championships and Top 25 appearances start to thin out, it gets tougher to slot the programs. There is the two eras – sideout and rally scoring – and how do you handle that? Another factor still is the beginning, when volleyball was in the young stages of being a NCAA sport.

No one is saying winning a national championship in one era was harder or easier than in the other era, at least not here (as we are positive people are saying that somewhere). Therefore, for the purposes of these rankings all national championships are treated equally.

(I also feel like I’m running for political office after making a statement like that. If elected, I promise I will treat all national championships equally, regardless of scoring era. This, I pledge to all the people! Tobolski/Tawa ’16!)

The same does not go for the Top 25 rankings.