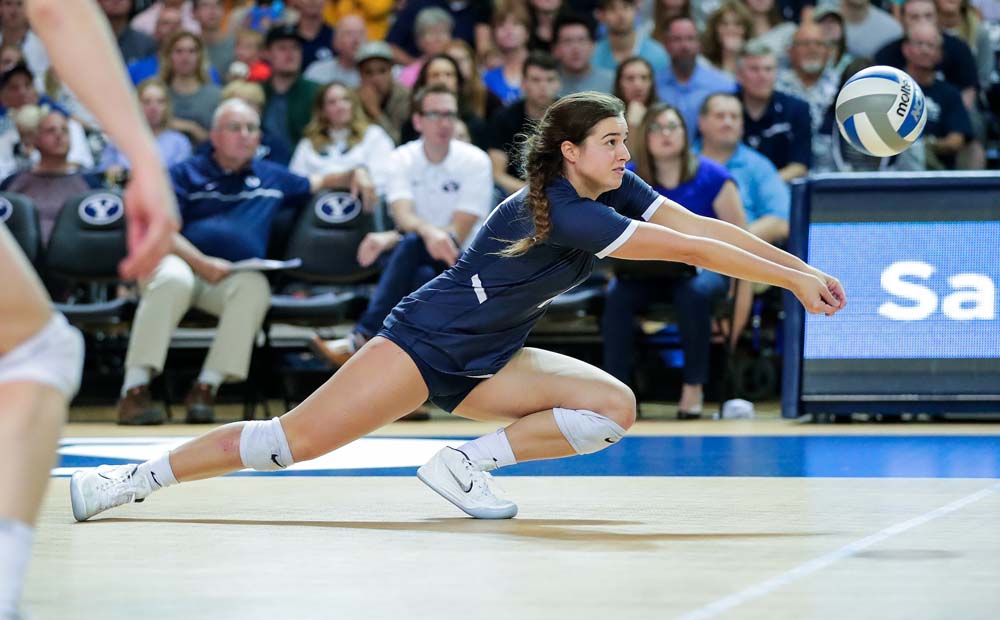 BYU libero Mary Lake missed her senior year of high school due to a knee injury but had already secured her reputation as one of the best liberos in the country before that.

The NCAA Division I volleyball tournament is down to four teams. Two of the teams, defending national champion Nebraska and 2016 champion Stanford, are working on streaks. For Nebraska, it’s four in a row; for the Cardinal it’s three in a row and four trips in the past five years.

They will be joined in Minneapolis by Illinois and BYU. Illinois is in the Final Four for the fourth time overall and second time in eight years. BYU is making its third appearance and second in five years.

Below are some fun facts and recollections about the participating players during their high school days that you might find interesting.