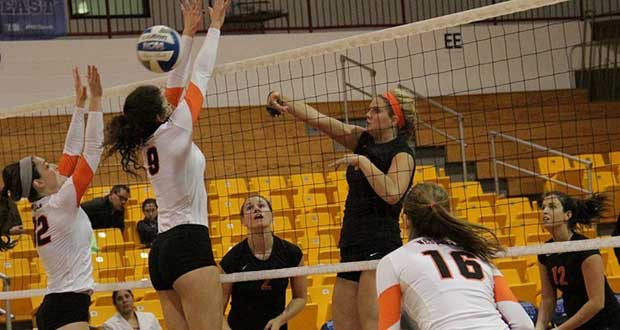 Unlike Division 1, where teams can be place all over the country, squads are slotted based on regions. It makes for a numbers crunch and some good programs getting left out.

There are a total of 24 automatic qualifiers from the conferences, with another 40 teams making the field as at-large selections.

With eight teams being selected from each of the eight regions, some were bound to be on the outside looking in. Minnesota-Duluth was one, despite finishing No. 5 in our Top 25 rankings and No. 7 in the AVCA Top 25.

Finishing the regular season No. 1 in both our rankings and the AVCA ones is Concordia-St. Paul, which is one of the eight hosts schools for this weekend.

The national championship, including the quarter and semifinals, are in Tampa next weekend.

We take a look at the eight regions and predict which teams will advance, ultimately picking the 2015 national champion.