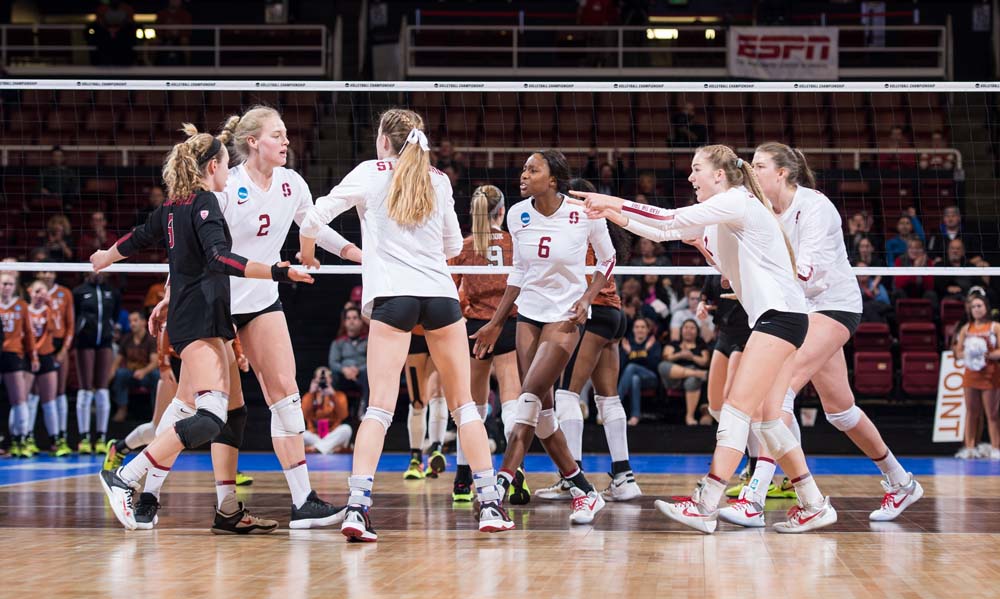 PrepVolleyball.com debuts its inaugural “Insiders Poll” in conjunction with its revamped coverage of college volleyball for 2018.

We asked our college coaching panel to rank their top teams in the pre-season, 1-15, from which we fashioned this July Top 20. We will produce another pre-season Insiders Poll in the third week of August just before the regular season begins.

A total of only 24 schools were named among the ballots we received. There may be 334 Division I volleyball-playing schools, but only a handful, it appears, are considered elite.

Though Nebraska received three more first-place votes, Stanford, which was listed either first or second on all but one ballot, edged the Cornhuskers for the No. 1 spot overall. We asked some of our Insiders who voted Stanford No. 1 why they picked the Cardinal. Here is a sampling:

“They only lost one player from a Final Four team.  They have the National Player of the Year returning, plus one of the top setters and top liberos in the country….arguably your three most important positions.  Fitzmorris is moving to the right who I believe will be as good or better than Lutz.  Then add Holly Campbell who has a ton of international experience and Mackenzie Fidelak who will be a nice backup at both the setter and opposite positions.”

“Most returners from last year. Lots of players that won national championship 2 years ago. Very experienced hungry team. Lots of other top teams from last year dealing with big changes that probably will go well but not definitely.”

“They return everyone (including the most dominant player in college volleyball, Plummer) except for Lutz who only accounted for 16% of their total points. And the rising junior class has been to two straight Final Fours. That’s a lot of experience to lean on.”

Stanford starts the season in D.C. on August 26 and will take on American and Howard on consecutive days. Nebraska’s start is more challenging, as it will face No. 6 Florida and No. 14 Oregon at home Aug. 24 and 25 in the VERT Challenge, an event that also will feature No. 3 Texas playing the same two common opponents. Nebraska and Texas will not play at the showcase, meaning sophomore Lexi Sun, who transferred from Texas to Nebraska in the offseason, will not face off against her old school.