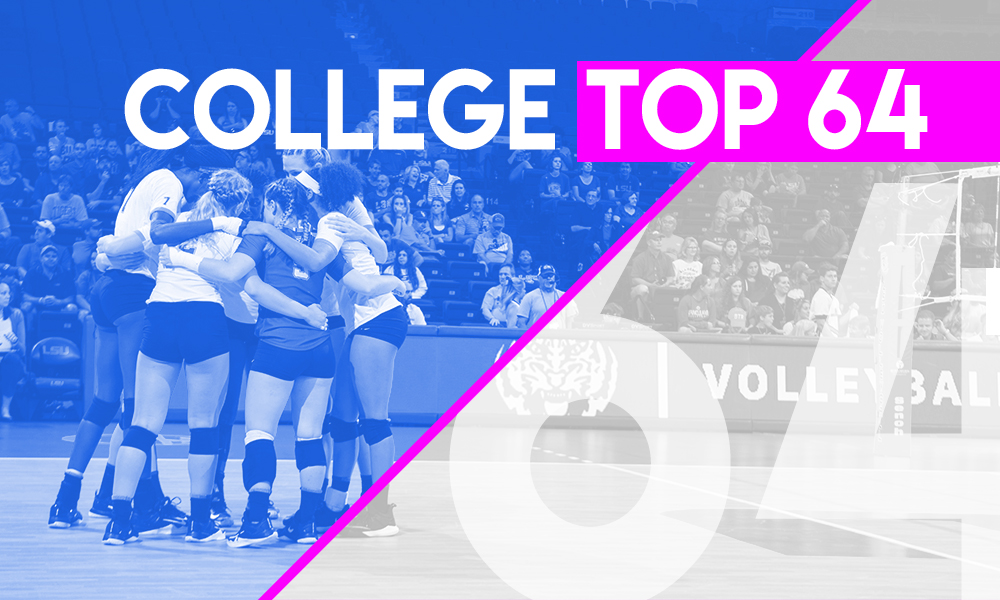 There are coaches polls, RPIs, fan polls and something called “Pablo” out there that rank the top Division I college volleyball programs in the country. We wanted to be different as we re-vision how we cover college volleyball in 2018.

Our first notion, having college “Insiders” help us with polling, was nixed by the NCAA. But we are nothing if not resilient. We are thrilled to produce, for the first time ever, our “College Top 64: Glance at the Dance.” This ranking, which will come out every Monday starting August 27, will rank 64 teams. This won’t strictly be the top 64 teams in the nation; rather, it will be a ranking of the 64 teams we project will play in the NCAA tournament, the field for which will be announced Nov. 25.

We like this concept because it both recognizes the top teams in the nation, which hail largely from the “Power 5” conferences, as well as teams from those mid-major conference and leagues that often struggle for attention. Via this ranking, we will be paying attention to how every team in every conference does week-by-week.

This week’s “Glance” includes school name, type of bid and conference affiliation. Next week, we will add current record and previous ranking to make the Glance more complete. Look for rankings analysis and insights every Tuesday going forward, with “Team of the Week,” “Upset of the Week” and “Player of the Week” every Wednesday.

Please click here to view the College Top 64: Glance at the Dance