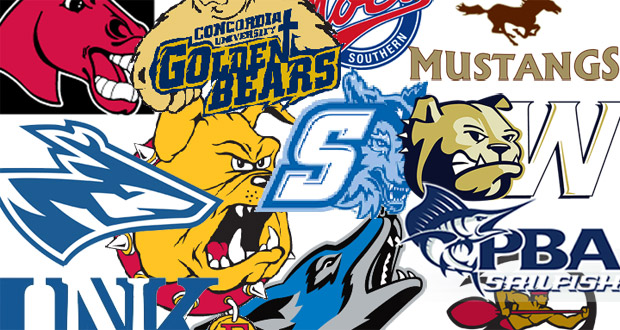 The quest for an eighth consecutive championship came up short last season, but with so many back the Golden Bears are poised to reign once more. Kill leader and junior outside Anna Schlaak returns, as does junior middle Riley Hanson, who finished second in kills. Junior setter Kasey Williams is another returner, as well as last year’s block leader Heather Schiller.

As the runner ups last season, the Mustangs return a large chunk of the roster and are in a position to be a title contender again. Those returning include sophomore outside and kill leader Kenzie Beekman, block leader and junior middle Sarah Parker and dig leader Whitney Burmeister.

The defending national champions return kill leader and senior outside Berkley Whaley, who was PrepVolleyball.com’s No.11 on the Class of 2012 Senior Aces list. She is joined by senior opposite Marissa Lisenbee, who finished second in kills. Tampa is looking to replace last year’s setter Kahley Patrick.

Almost everyone returns for the Bulldogs. It features senior outside and kill leader Mariah Scharf and senior setter Ashley Hinsch.

Last season’s kill leader and senior outside hitter Katie Hughes returns and is one of many back for the Warriors, which also includes block leader and junior middle Alex Opperman.

The Lakers lose some pieces but should be in a good position nonetheless. Returning is senior outside Betsy Ronda, as well as setter/hitter Kourtney Wolters.

A balanced attack served the Lopers well a year ago. Though some parts are gone, enough returns to keep them in the Top 10. Last season’s kill leader and senior outside Kelle Carver is back, as is senior setter Erin Seele.

Many pieces are back from last season’s team, including kill and block leader in junior middle Haley Kindall. She is joined by junior setter Andrea Thobe, among others.

A lot of parts are in place from last and that has the Sailfish set up for a huge 2015 campaign. Among the reasons for optimism is senior outside Faith Rohn, block leader and sophomore middle Sarah Ragland, with redshirt junior Alexandra Roberts taking over the setting duties.

Like others in the Top 10, the Orediggers return a majority of the lineup from a year ago and figure to be improved this fall. Junior opposite and last year’s kill leader Alanna Winfield is back, as is redshirt junior Megan Peterson and senior setter Danielle Johnson.

The Mavericks lose last season’s kill leader but bring enough back to remain in the mix. Block leader and senior middle Abby Ney returns, as does senior outside Audrey Steinkirchner, who finished third in kills.

With just two seniors on the roster a season ago, the Seasiders have plenty of returners back for the fall campaign.

Senior opposite and last year’s kill leader Shelly Stumpff is among those back for Wingate, which also returns setter Iris Brewer and junior middle Abby Saehler.

Washburn brings its share of pieces back, including junior setter Natalie Bates and junior outside Leanna Willer, who the led the team in kills last season.

Many key contributors are suiting up again this season for the Mules. Libero Annie Reilly, setter Kourtney Thompson and returning kill leader and outside Carly Sojka are a few of them.

Pin attackers Caylie Seitz, Kelsey Hull and Madelyn Densberger – the top three kill leaders from last year – are all returning this season for the Seawolves.

Last season’s dig leader Taylor Roberts is among those back, which also includes senior outside Elayna Rice and sophomore outside Kendra Bodine. They finished second and third in kills, respectively, last season.

Florida Southern will have new parts in place, but some familiar faces include senior middle Kayshia Brady and senior right side Kendall Marotti.

The Lady Lions will have a new look in 2015 but have sophomore setter Bailey Katzfey and libero Emily Tripp back to build around.

Last season’s kill leader has moved on, but not all is lost. Junior outside Emily Wylie finished second in kills last season and is back. So is junior middle Anna McGee, who finished third in kills.

Junior setter Brandi Torr and senior outside Kylie Haun, who finished second on the team last season in kills, are back for the Roadrunners.

Coming back for the Bulldogs are last season’s kill leader and junior outside Kayla Bastian and senior opposite Abby Heise.

The Seawolves return five starters, including kill leaders and outside Katelynn Zanders and opposite Julia Mackey, as well as setter Morgan Hooe.