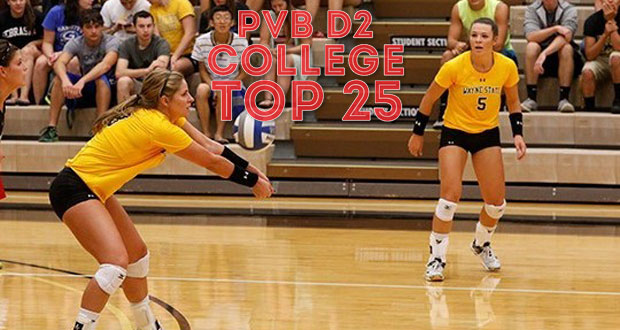 Wayne State passed many teams in this week’s Top 25, jumping from No. 19 to No. 7 after upsetting Southwest Minnesota State. (Wayne State Athletics)

The top pick was an easy choice.

Last week’s No. 1 Ferris State didn’t drop a match and remained undefeated on the season.

Sliding Washburn up from No. 4 to No. 2 also seemed straight forward as last the two teams ahead of Washburn lost. They were then-No. 2 Southwest Minnesota State and No. 3 South Carolina-Aiken.

Those teams losing is part of what made the rest of the rankings interesting to sort through.

Minnesota-Duluth slid up to No. 3 despite owning a loss to Western Washington. Minnesota-Duluth does carry victories over Tampa, Colorado Mines and Wheeling Jesuit (twice). All three of them are ranked in the Top 15.

There was a balancing act with Winona State, which upset Concordia-St. Paul last week but lost to Minnesota State-Mankato as well. Winona’s only other loss was to Concordia during the opening weekend.

Winona has also taken down Palm Beach, another Top-10 team, and Central Washington, a Top-20 squad. With a strong schedule, the decision was to have the big win and upset loss offset each other this week and Winona remained in the same spot as last week.

There was only one newcomer to the Top 25 this week.

It’s UCSD, which debuts at No. 22 after beating Cal State San Bernardino.

Wingate fell out after losing to Lenoir Rhyne.