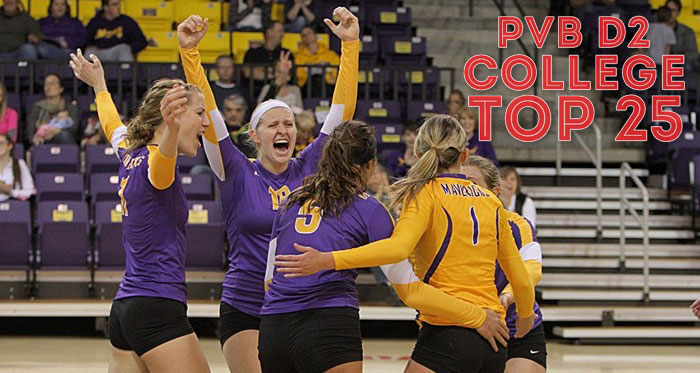 One major development from last week involving a previously undefeated team didn’t quite shake up the Top 25 like one might expect.

However, the losses were costly for Florida Southern, which was ranked No. 2 last week before going down to unranked teams in Saint Leo and Eckerd.

In last week’s Top 25, we launched three unbeatens to the top of the rankings and gave them the opportunity to prove it. Northern State, which remains at No. 1 after moving to that spot last week, claimed victories in both of its matches. The same went for last week’s No. 3 Alaska Anchorage, which moves up one spot to No. 2 in the current rankings.

One more Top-10 item was Tampa knocking off Palm Beach Atlantic. Tampa was ranked ahead of Palm Beach last week and moved up one spot in the new rankings, while Palm Beach dropped just one spot.

The overwhelmingly majority of the teams in this week’s Top 25 moved either one or two spots, as 18 fit that description.

The next biggest dropper behind Florida Southern was Augustana, which rose to a season-high No. 12 last week. However, after losing to Minnesota State-Mankato, Augustana fell 10 positions.

Click on the next page to see the new Top 25.