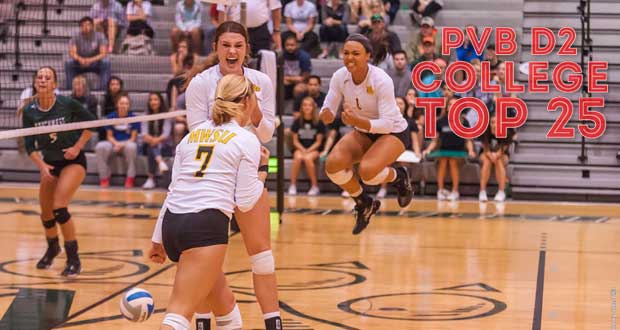 They are the lone Wolves.

In our Sept. 28 Division Top 25 Rankings, Northern State took over the No. 1 spot for the first time after notching a victory over Minnesota-Duluth and staying undefeated.

After Alaska Anchorage fell last week, the Wolves are the last unbeaten squad in the division, still occupying the top position.

Alaska Anchorage dropped after suffering its first loss of the season, but stays in the Top 10. Anchorage bounced back to defeat Central Washington, which is No. 16 in this week’s Top 25 and represents the third Top-25 victory of the season for Anchorage.

While the order of the Top 10 changed quite a bit, the only newcomer this week is Western Washington. Washburn, which was No. 10 last week, lost to Nebraska-Kearney and dropped this week.

Saint Leo and Lewis are the other two programs making their first appearances. Saint Leo defeated Florida Southern last week, while Lewis has just one loss this season.

Conversely, leaving the Top 25 for the first time this season was Colorado Mines, which fell to Metro State.

Continue to the next page to see the complete Top 25.