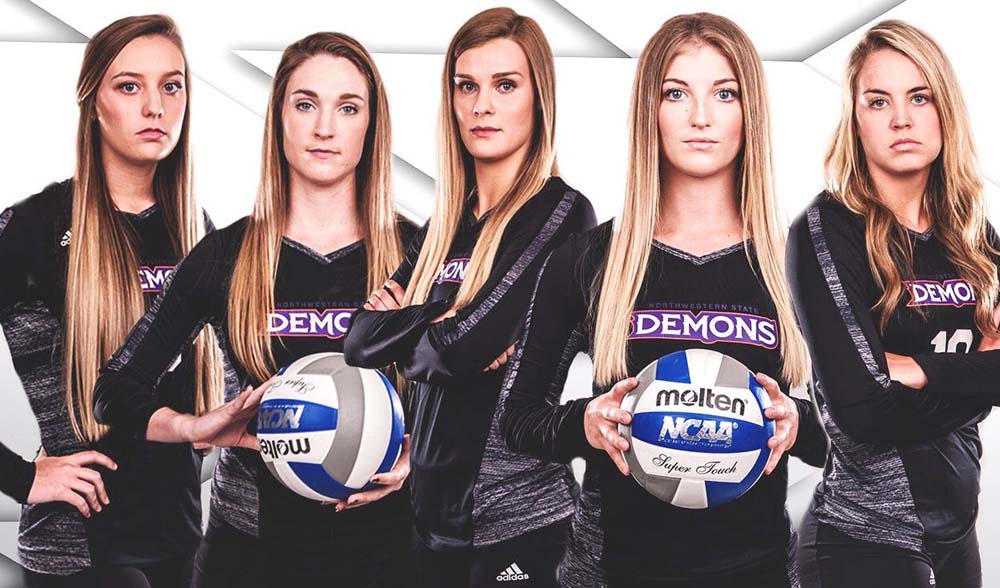 Let’s get started with another version of our College Volleyball Notebook.

Mick Haley, who spent 17 years as head coach at USC after winning two NCAA Division I titles at Texas, has filed an age discrimination and harassment claim against the university and a senior administrator after his contract was not renewed for the 2018 season. Haley, who is 74, also won two NCAA titles while on the Trojan bench and coached the Women’s National Team at the 2000 Summer Games in Sydney.

In his final year at USC, the Trojans went 25-10 and reached the tournament quarterfinals before falling in five sets to eventual Division I runner up Florida.

PrepVolleyball.com reached out to Haley for comment about the complaint. He responded by saying,  “I really appreciate your interest in this but my attorney has asked me not to talk until the Lawsuit is completed.”

“USC’s employment practices perpetuate the ‘You’re too old to work’ culture that seems to dominate so many of our companies and institutions. Studies show that almost every aspect of job performance improves as we age.  The superior performance of older employees makes the discrimination against them in the workplace completely nonsensical, as well as illegal.  One only has to look at the Mick Haley case to see that USC isn’t interested in the law or in winning, but rather in creating a ‘culture of youth’ that does a disservice to its student athletes, its employees and its loyal alumni and boosters.”

Contact Periods (A college coach may have in-person contact with a PSA and/or the PSA’s parents on or off the college’s campus. The coach may also watch a PSA play or visit her high school or club facility. PSAs may visit the college campus and coaches may write or telephone students during this period (provided the PSA is at least a high school junior).

Dead Period (During a dead period, a college coach may not have any in-person contact with a PSA or her family. The coach may write or call the PSA or the PSA’s parents during this time.)

Evaluation Period (A period of time when a college coach may watch a PSA play. The coach cannot have any in-person contact with the PSA or her parents away from the college campus.)

Dec. 13-15 (one day per institution within 30 miles of NCAA championship site)

NCAA.org lists the following rules changes for the 2018-2019 season:

7.1.1.2 26 Simplify the “solid-colored” jersey rule by changing it to the “libero” jersey and only require that the jersey be immediately recognized from all angles as clearly contrasting the jerseys of other team members.

Rationale: This proposal simplifies the rule and allows manufacturers to use the latest design techniques, while not requiring institutions to purchase new jerseys. With this change, any current “solid-colored” jersey would still meet the new rule requirement.

8.4.2.3 31 Reduce the maximum allowable time for intermission between sets two and three to five minutes for all matches.

Rationale: Currently, the maximum length for intermission is 10 minutes. This proposal will keep the pace of play more continuous from match to match. In addition, it will enhance the fan experience.

Rationale: The current rule does not allow a coach to put a libero number on the lineup sheet after it has been submitted, prohibiting the use a libero for that set. This proposal allows the coach to add the libero number provided there is no delay.

Allow a coach to change their lineup if a duplicate number was submitted both in the libero position and another position.

Regarding the Challenge Review System (CRS), combine the two rule categories of “in/out” and “touch” into one reviewable challenge.

Rationale: According to the most recent CRS data, 81 percent of challenges involve “in/out” and “touch” calls Currently if the coach challenges “in”, but replay shows the ball is “out”, and it also shows there was a “touch”, the referees could only rule on the “in/out” call. This proposal allows the referees to make the correct call.

Add the 3-meter attack line as a reviewable decision. This challenge is limited to the foot/feet contacting the attack line.

Rationale: There was significant support from coaches on the survey to add the attack line as a challengeable action. The attack line is generally visible on the majority of CRS systems in use, so this allows the referees an additional opportunity to make the correct call.

Allow each team an additional challenge if the match goes to a fifth set. Any unused challenges would carry over into the fifth set as well.

Rationale: This proposal allows coaches to use challenges as necessary and have additional strategic opportunities without providing for an unlimited number of challenges.

West Virginia, coming off of a 21-win season in 2017, returns four starters from a team that finished fifth in the Big 12, including setter Erin Slinde and OH Katelyn Evans. A robust nine-player freshman class will challenge for playing time and add needed depth to the roster. The Mountaineers’ best player, OH Payton Caffrey, transferred to Florida State in the off-season…

Montana State is very young in 2018. The Bobcats have only one senior, but she is three-year starter Natalie Passeck, who is on track to break the 1,000 career kills mark this season. Junior libero Allyssa Rizzo is another to watch. Rizzo is on pace to challenge the school’s career digs record of 1,720 after amassing 844 in two years as a starter… 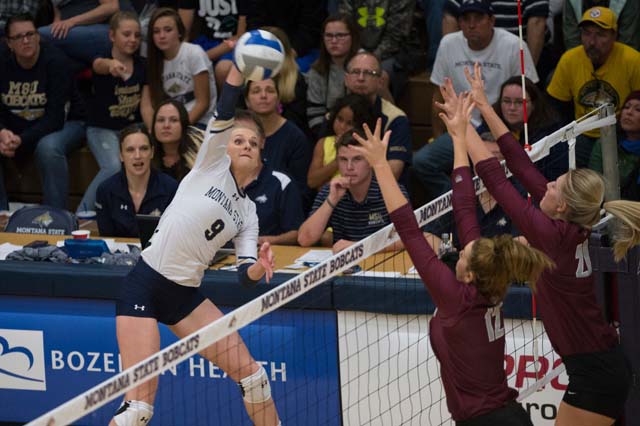 Palm Beach Atlantic is a perennial Top 25 Division II program in the midst of some changes. The Sailfish have a brand new coaching staff headed by Doug Walters and six new faces (five frosh and one JuCo transfer). All-Americans Ally Rohn and Molly Burkhardt do return, offering stability at PBA, one of the top blocking teams nationally in its division…

One of the favorites this year in the Northeast Conference, Bryant University is 36-4 at home over the past three seasons. This is not unusual. The Bulldogs own a .718 winning percentage at home over Theresa Garlacy’s 22 years as head coach…

Yavapai College, a JuCo in Arizona, has a loaded schedule in 2018 that includes 10 matches against Top 20-ranked teams from last year in NJCAA D-I and three more Top 20 from NJCAA D-II…

Texas State’s facility has undergone a $65 million facelift. The volleyball team will be the first to play in the newly-named The University Events Center…

A total of 19 programs have made the second round or better of the NCAA Division I tournament the past two seasons. They are as follows:

From the B1G Ten:

From the Big East:

Of the names on the list, Washington State may be the most surprising. One doesn’t think of the Cougars as a consistent national power, but here they are on this select list. Huge credit to coach Jen Greeny and her staff for turning the Cougs into consistent winners in Pullman. By the way, did you know that Wazzu has had more blocks than any other team nationally since 2012?

Things are looking good for the Demons of Northwestern State. They last hosted the Southland Conference Tournament in 2014 and won their way into the NCAA tournament. Well, they host again this year and, with all starters back, a repeat of 2014 is a distinct possibility…

Houston libero Katie Karbo has 1,060 career digs going into her junior year. While she’ll almost certainly move into the top 10 on the school’s career digs list this season, the Cougar record of 2,451, set by Jaci Gonzalez between 200 and 2005, may be out of reach…

Wheaton College has 10 incoming players for the 2018 season, the biggest freshman class in recent program history!

Eastern Nazarene College, based in Quincy, Massachusetts, hasn’t had a winning season since 2004. But after a five-win improvement last fall from the year before, Derek Schmitt’s team, with eight returnees and six new players, hopes to continue its improvement arc. 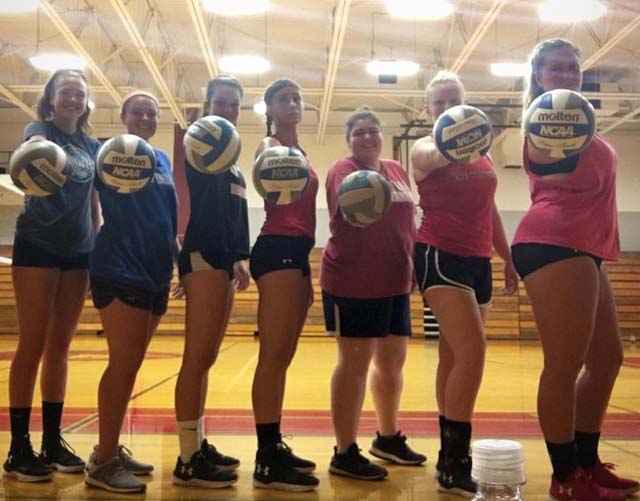 Southern Utah will be one of the youngest teams in Division I this season. The Thunderbirds will have one senior, two juniors, five sophomores and five freshmen. Oh, and a new coaching staff to coach them up!

Pitt coach Dan Fisher recently signed a five-year extension with the university, his third extension heading into his sixth year with the Panthers.

Speaking of Pitt, the Panthers were recently picked first in the ACC coaches pre-season poll.

Here is the entire poll:

For fun, here is how our Insider had it: