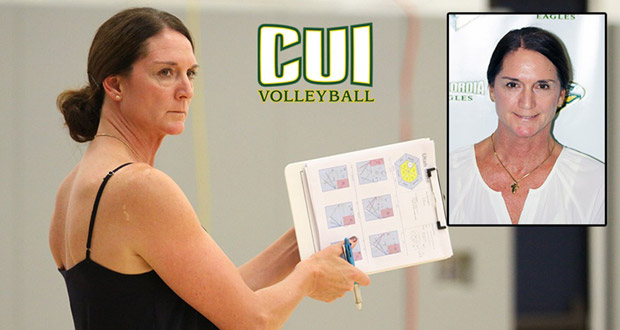 The program isn’t allowed to play outside of its conference this season as it makes the transition from NAIA. There’s also the recruiting side and losing the allure of being in Division 1 like she had at UCI.

Working against her is the ‘stigma’ of playing Division 2 volleyball, when everyone is chasing Division 1 scholarships. There seems to be a prevailing attitude where most girls would rather play for a triple-digit ranked Division 1 program rather than even consider playing for a top-tier Division 2 one.

Not unlike other colleges, Concordia comes down to being the right fit or not.

Finding out whether someone fits comes down to one thing – honesty. And it must go both ways. Going to a Division 1 program doesn’t always translate to playing time and it doesn’t always mean winning.

Going to a Division 2 school could equate to playing right away and contending for championships. Academics aside, in that regard it comes down to what someone wants out their career.

Someone wanting the bright lights of a big Division 1 football school isn’t going to look at Concordia. Those wanting to attend a smaller college with perhaps a more intimate experience with certain academic offerings might eschew the Division 1 rout and opt for a Division 2 school like Weishoff says.

A bonus for Concordia could be the inclusion of beach volleyball. It’s one of the few Division 2 schools to offer indoor and beach and Weishoff oversees both programs. Last year, the beach team played Division 1 opponents like UCLA and USC.

“If someone has an opportunity to play Division 1, they are going to look at those things for them,” Weishoff said. “We have to highlight what we have to offer and the environment we want to create. When I was here before, sometimes a kid would go to Division 1 for a year then come back and play here. It turned out they were happier here.

“You have to look at all your schools and see what you want.”

Besides the move to Division 2, another change since Weishoff has been gone is the coffee maker in the lobby of Grimm Hall is new.

She can’t get it to work, leaving her absent of a mid-day caffeine boost until an employee shows up to help her with it.

It’s likely the same won’t be said of her building the program. Though the brewing process is in the early stages, it won’t be long before Weishoff’s second tenure is delivering a kick of its own.

The upcoming season is going “to give us a lot of info,” she said. “We are going to learn what it means going from NAIA to Division 2.”

Weishoff said her current group of players reminds her of the ones she had at UCI.

“They are close, work hard and have great chemistry,” she said.

The goals are set and they seem realistic.

There isn’t talk of winning a national championship this fall. The Eagles are young, with no seniors on the roster and just four juniors. Weishoff said she is aiming for the team to reach the postseason in two years.

The foundation is still being laid for what’s ahead, even if it was a construction project the campus wasn’t expecting any time soon.

Neither was the one designing the blueprints.

In it all, there remains one last obvious question.

Would Weishoff return to Concordia without a plan, without a vision for the future, without knowing what she was getting in to?

“I’m so blessed and so lucky to take over (again),” she said.