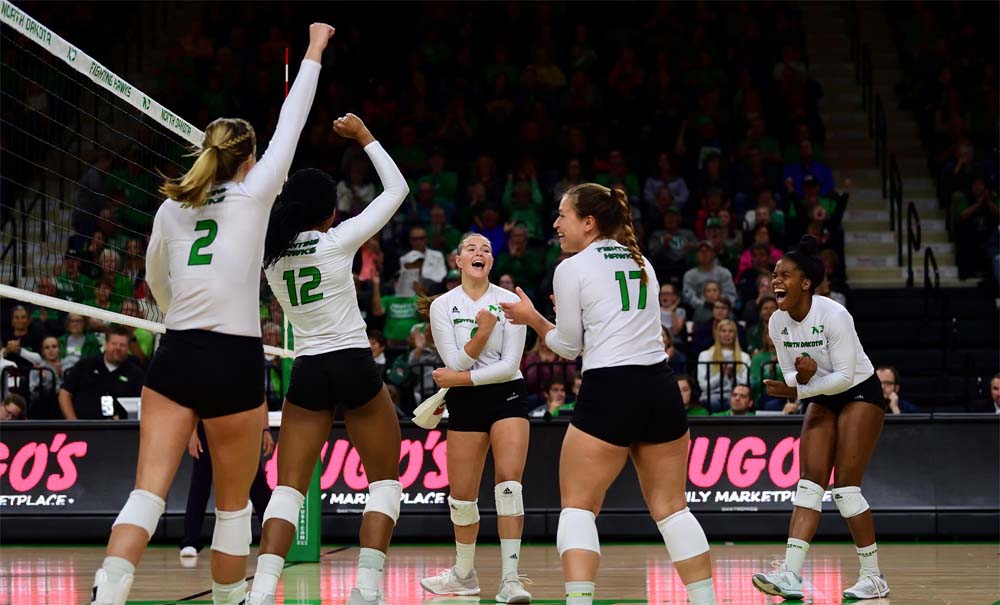 A road trip from hell. It did not sit well…

Pull up a chair, it’s time to hear
what every volleyball team does fear
That road trip where absolutely nothing goes right
A mess that begins with the very first flight

Bound for Chicago, that wind, flight at 6
In your seat with music, perhaps some Netflix
But no! A delay, a team gut punch
The first leg wouldn’t start until after lunch

Late to Chi Town, a missed connection
This day was headed in the wrong direction
The exhausted Hawks were quite the sight
Tulsa, checking in, at about midnight

Friday, Oral Roberts, a Summit League test
A loss, expected, such little rest!
Not much time for changing gears
Sunday, in Denver, the league best Pioneers

That flight, Saturday, left the gate on time
Then came ridiculous when they needed sublime
A wait on the tarmac, then word from the crew
Deplaning’s required due to maintenance issue

Three hours later the flight it was axed
Another delay for a team feeling taxed
Five hours passed with no resolution
Denver on time? There’s just no solution

Hawks can get there, late; but also were told
Return flight to Fargo? Those flights oversold!
Cancel match, change focus, get back home is the plan
Sometime Saturday pretty please if you can

Ah, no, not ‘til Sunday and late
Sorry but the team, their studies, can’t wait
A bus, a charter, became the new tack
Alas, no one could take the team back

Desperate, the team turned to the renting of cars
The start and the finish both under stars
A tick under 900 miles, the very long haul
Flat Kansas, the Badlands, five states in all

All made it safely, no worse for the wear
But ask for a retelling? You better not dare!
Now two days later and it’s a sure bet
An Oklahoma odyssey they’d Sooner forget

Next match is Friday, Omaha, at home in the Forks
No road trip? Hooray! Cue the popping of corks
Wishing them kills and aces and blocks
So ends the ode to the Fighting Hawks