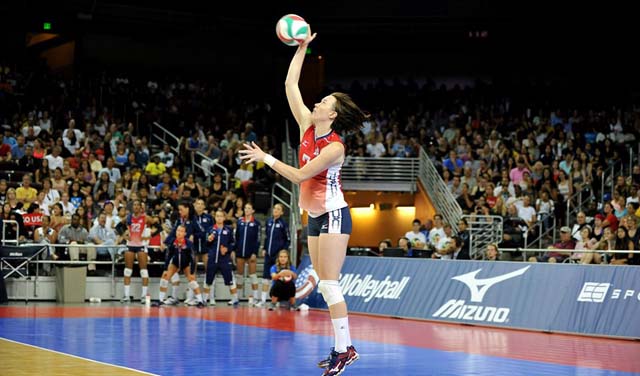 From teaching life lessons to supplying pure, unadulterated fun, volleyball not only is a beautiful game but one I love

[Editor’s  note: Cassidy Lichtman was a first-year assistant coach in 2016 when she won a national championship with Stanford University, her alma mater. Lichtman, a two-time First Team All-American during her playing days, wrote thoughtful articles for PrepVolleyball.com during her high school days at Francis Parker, where she was a two-time California state champion; and after she graduated from college. This piece was written in 2011, at the conclusion of her Cardinal career, as a companion to “Why We Play,” which she wrote as a high schooler]

Looking back at my own words about why I loved volleyball in high school, I realized that I was fairly naïve and idealistic. I thought I knew what it meant to work hard, to sacrifice anything for the team.  I thought I knew what it felt like to play in big matches, to come together on the court, to see myself grow as a player. Then I played for Stanford. I knew that I would learn a lot in college but I had no idea how much. Looking back at those same words, though, I came to a second realization that, as much as I may have had to learn, I was also right. I still love the game for the same reasons now as I did then. The experiences I have had over the past four years have done nothing to tarnish those views, but rather have helped me appreciate this game, and the lessons it has taught me, even more. I could fill a book with all of those lessons but I wanted to pass along a few of the most important ones to you in the hope that they will help someone else as much as they have helped me.