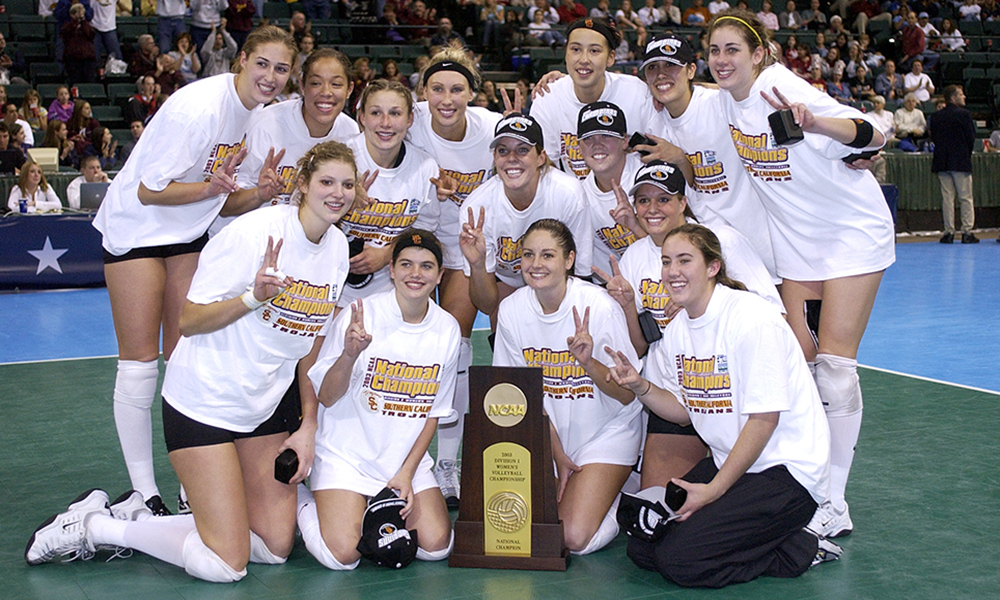 The 2003 USC team was unbeaten and won the NCAA National Championship. Mick Haley (coach) and April Ross (far right) were a part of that historical season and will be inducted into the SCIVBHOF this year.

This year the Southern California Indoor Volleyball Hall of Fame (SCIVBHOF) recognizes its third induction class made up of 16 members who have impacted the indoor game in varying ways such as in club and high school volleyball, on the collegiate or National team competition, and in the Olympic Games.

Of the 16 members inducted in the 2019 class as well as the three Lifetime Service members, 10 of those are women who have made an impressive influence in Southern California. One of the greatest current players is recognized in the 2019 Hall of Fame class in two-time NCAA Champion and two-time Olympic medalist April Ross, as well as eight-time NCAA Champion and current Stanford University Associate Head Coach Denise Corlett.