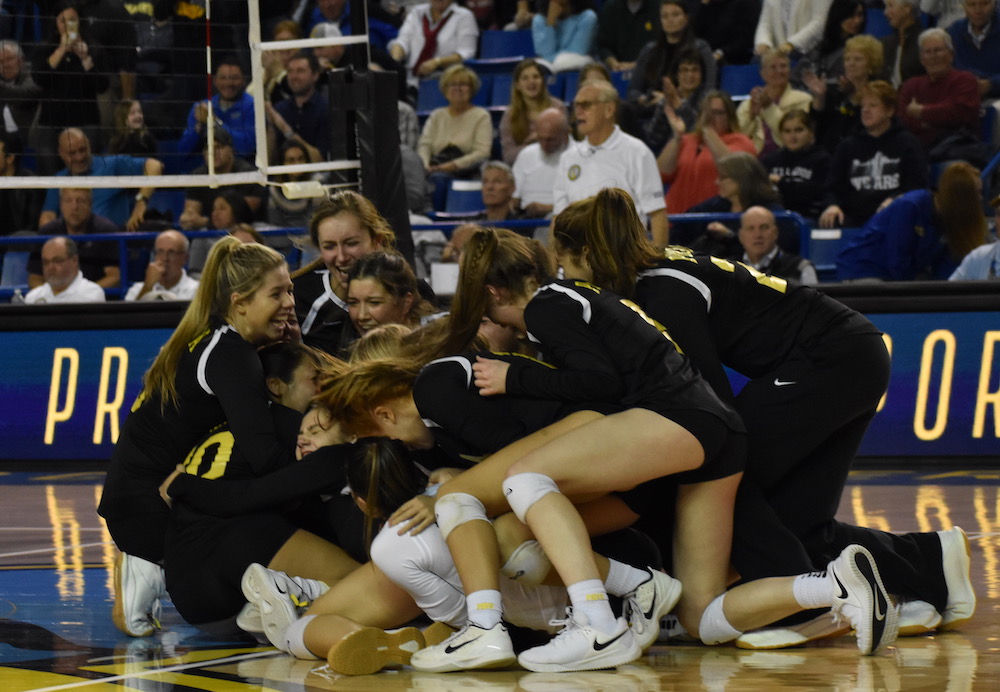 Padua Academy, last year’s Delaware State Champions has another season to celebrate. The high school season, previously delayed until December, might be back on track for a more traditional timeframe.

Welcome back to another State By State Return to Play Update. We have some major moves to announce today from the Northeast including Delaware, Maine, and New York. After the latest updates, you can also check out a simplified list with the status of each state as of today.

Delaware – The Delaware Interscholastic Athletic Association (DIAA) recently voted to allow a list of fall sports including volleyball to begin practice on Monday, September 28, with competitions beginning on October 12. However, the move cannot be confirmed until it is approved, along with a list of policies and safety procedures, by the Delaware State Board of Education. In addition to the policy and procedure materials, the BOE will also be receiving a 240 page signed petition by parents, students, and community, and a survey from school superintendents. Should the BOE approve the move, the season would begin in two weeks’ time rather than the prior postponement timeframe of December.

Maine – On Thursday September 10, the Maine Principals’ Association (MPA) confirmed that most sports would be moving forward this Fall, however volleyball did not make that list. According to the MPA, “The 2020 Volleyball season has been postponed to the spring of 2021 with date to be determined. The following allows coaches to work with their players in the fall for outdoor play only, which will not count toward a season of eligibility.” The rest of the press release can be read here.

New York – After weeks of treading water in the unknown, the New York State Public High School Athletic Association (NYSPHSAA) finally committed to a decision on September 9. That decision was to postpone the girls’ volleyball season until March 1, 2021. According to Dr. Robert Zayas, executive director of the NYSPHSAA, “We’ve spent two days speaking with nearly 500 athletic directors across the state and it’s clear that administering high-risk fall sports during the COVID-19 pandemic presents a significant challenge for our member schools.”

He continued, “These are unprecedented times and unfortunately, difficult decisions will have to be made to address this ongoing crisis. We continue to stay committed to providing support to our member schools and quality participation experiences for the students we serve.” The Empire State had been arguing amongst itself as to whether volleyball or Fall sports in general were safe to play during the pandemic, and went as far as Suffolk County independentally postponing sports across the county until 2021 before a decision was made. On the opposite side of the argument, coaches such as Burnt Hills-Ballston Spa’s Gary Bynon, who is president of the New York State Volleyball Coaches Association, went to bat for volleyball, asking for explanation as to why it was categorized as a high-risk sport even though it is non-contact.