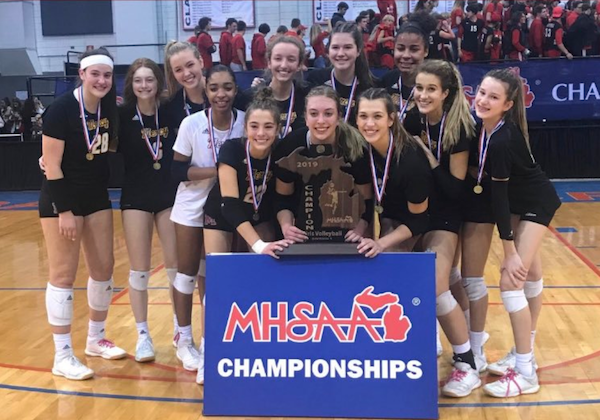 We’re back with another update from our State By State Return to Play Update. Today we have news from several states, some that have finally made decisions, and some that have not. For the full 50 state update, you can check out the link below.

Louisiana – The Louisiana High School Athletic Association announced on Tuesday, September 1, that teams may begin to play today, August 8. Updated guidelines have allowed for volleyball to move its start date from phase 3 of Louisiana’s reopening to phase 2, which has been extended until September 11. Programs will have a maximum of 10 adults allowed to be present at matches, but no multi-matches may be played, which include both tri-matches and tournaments.

Michigan – Governor Gretchen Whitmer has given the go-ahead for Fall sports across the state to move forward, prompting the MHSIAA (Michigan High School Interscholastic Athletic Association) to reverse its decision on September 3 to allow football to participate in the Fall and give volleyball permission to begin competition on September 9. Previously only regions 6 and 8 were allowed to begin competition before the MHSIAA announcement. The association put out a press release regarding the decision, which you can read here. According to the release, “With the release of new Executive Order 176 today, competition may begin immediately in soccer in all regions of the state. This same order has opened indoor facilities for organized sports practice and competition, allowing swimming & diving and volleyball to begin indoors on Wednesday, Sept. 9 in those regions currently not able to do so.”

New York – The Empire State will still have to wait to hear whether they will be setting up the nets this Fall. Although the New York State Public High School Athletic Association (NYSPHSAA) released a 49-page manuscript explaining Fall athletic guidelines, not a single page confirmed whether volleyball would be played or not. It simply stated that teams may practice but may not participate in scrimmages or games.

Rhode Island – The Rhode Island Interscholastic League (RIIL) announced on Friday, August 4, via its Tumblr page, that volleyball would not be played this Fall. The season will be played in what the RIIL has deemed ‘Season III,’ meaning practices will not begin until some point in 2021. According to the statement, “In accordance with the Governor’s guidelines for high school sports, Football, Girls Volleyball, and Unified Volleyball have not been approved for team competition this fall. Consequently, the RIIL will be adopting a four-season model and those three sports not approved to start in September will be moved to Season 3, which will be held between the winter and spring seasons at a start date to be determined.”

Rhode Island joins California, Colorado, the District of Columbia, Hawaii, Illinois, Maryland, Minnesota, Nevada, New Jersey, New Mexico, North Carolina, Oregon, Virginia, and Washington. That makes 15 out of 50 states (plus Washington D.C.) that will not be playing ball this Fall, or 30% of the nation.

PrepVolleyball, and Advanced Sports Media, recommend following the guidelines of your local health officials to stop the spread of COVID-19. Please take precautions and practice social distancing whenever possible so we can get back to playing again!