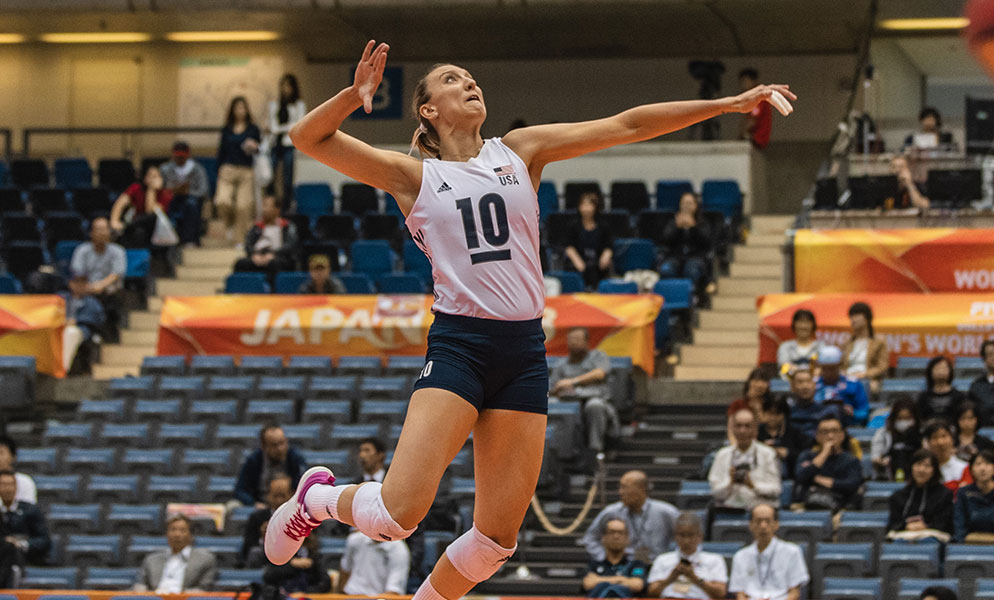 If someone told you there was a new product that could help you jump higher and land softer, you might be skeptical. But that also means you probably have never tried VKTRY Insoles.

VKTRY (pronounced Victory) has developed the first ever full-length carbon fiber insole. The results are not magic, they’re based on science! Independent research proved that athletes jumped +1.6 inches higher on average while wearing VKTRY Insoles (“VKs”). Additionally, test subjects ran faster, jumped further and saw a +9.3% increase in explosiveness. Don’t believe us, ask some of the best volleyball players in the world.

“I’ve been really impressed with how VKs have helped me increase my vertical, even at my age,” stated Jordan Larson, the captain of the USA Volleyball Team. “I felt the difference immediately when I put these insoles into my shoes – Wow!”

Beyond the increase in vertical, what athletes (and parents) may appreciate even more about VKTRY Insoles is the softer landings. VK’s carbon fiber base acts as a spring, proven to absorb shock and reduce the pounding the athlete takes with so many jumps. Think of VKTRY Insoles as a trampoline, bouncing you higher as you jump …and catching you softly as you land.

“I started wearing insoles when I was 16, but always struggled to find the right ones.”  said Larson. “I can tell you that VKTRY delivers on what they promise. I’ve been really impressed and believe that VKs have helped me extend my career. No more sore knees!”

In her 11th career with the National Team, Larson has shown no signs of slowing down. With a World Championship and 2 Olympic Medals, the former Indoor Player of the Year has lead Team USA to two straight years of 30+ wins and another FIVB Gold Medal. Watch Jordan in action next week as the team is set to take on the NORCECA Continental Championship starting October 8th in Puerto Rico.

If you’re interested in hearing what people like you say about VKTRY, click here for customer testimonials. Every order comes with free shipping and a 30-day Money Back Guarantee…so absolutely no risk to try VKs for yourself. For a limited time, get your pair for $50 off with code “PrepVB50.”

To automatically receive this discount, click through to the VKTRY website: VKTRYGear.com. VKs are proudly Made in the USA.