Hannah Billeter is this week’s THINX Player of the Week

THINX makes period-proof underwear that’s super-absorbent and keeps you fresh ‘n’ dry *all* day long. Stay focused on the game — not on leaks.

Below, PrepVolleyball.com names the THINX National Club Player of the Week, as well as other deserving candidates that were submitted by coaches. This award is given to a player each week who has done something special on or off the court.

For club coaches and directors to nominate a player for accomplishments made the previous week (Monday-Sunday), please email SGreen@prepvolleyball.com by 10 PM EST on the following Monday with all the relevant information.

In the first week, though we received just three submissions, each one is worthy of recognition. Congratulations!

THINX Player of the Week 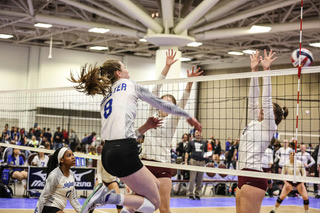 Hannah Billeter, 5-11 OH, Dallas Skyline 15 Royal – Billeter was Skyline’s go-to six-rotation outside hitter this past weekend at its first tournament of the season, the MLK Tournament (North Texas Region’s first bid event). Skyline beat MADFROG 15N Green in the final, a team who finished fifth at Nationals in 14 Open a year ago. The tournament included 62 teams in 15 Open and teams played five matches on Sunday alone. Skyline went an impressive 16-0 in sets for the weekend against tough local competition. In doing so, Billeter made herself known as an attacker with a reliable arm, marking 44 kills on 98 attempts. Dallas Skyline 15 Royal is heading to Houston this coming weekend for the first stop of the Tour of Texas.

Kennedy Dolmage, 5-5 DS/Libero, Legacy 17 Elite – Dolmage has initiated Project 33, a local toiletry collection organization. On January 13th, Dolmage started her collection again for this club season. Since 2014, Dolmage and Legacy Volleyball Club have put together 1,569 complete toiletry kits which include a shampoo, conditioner, lotion, soap, and dental item. In August, Dolmage expanded the toiletry collection to also gather blankets for the local homeless population and have handed out 130 blankets to date. An inspiration in her community and volleyball club, Dolmage has taken what would probably end up as trash and turned it into hope and comfort for many. 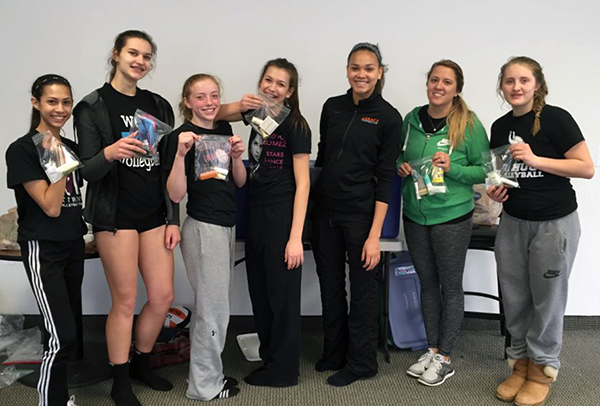 Here is what she says about Project 33:

Project 33 had its origins back in 2014 when our family was introduced to club volleyball which involved a considerable amount of overnight travel. We asked teams to save their unused toiletries from the hotels we stayed at. We collected them and bagged them into individual toiletry kits. We made around 40 complete bags and donated them to a local church, Trinity Utica, who has a very active social ministries program. 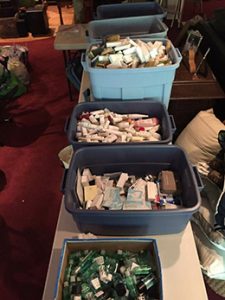 The following year we asked the club directors at Legacy if they would be interested in involving the entire club and Project 33 was born. We have collected a considerable amount through the years: 2015-75 complete kits to Trinity Utica; 2016-363 complete kits to Trinity Utica; 2017-600 complete toiletry kits to Lighthouse in Pontiac; 2018-531 complete toiletry kits to Salvation Army (100) and Lighthouse in Pontiac (431).

On January 13th, 2019 we began our toiletry collections again and hope to exceed our numbers from previous years. We have a collection bin at each Legacy location. We sort and bag them in our basement throughout the year. The toiletry collection runs through Memorial Day when items are bagged and delivered to local organizations before we leave for Nationals in June.

In addition, back in August of this year, we asked Legacy directors if we could expand our collections to include small blankets. Families brought blankets in for the first ever Legacy Blanket Drive on our uniform try-on dates. We collected 130 blankets which were delivered to Trinity Lutheran Church in Utica in late September. Trinity’s active social ministry with the local homeless population made an immediate impact with the items we collected. They welcome over 150 homeless people every Sunday night for soup, shower, and a sandwich. They also help them with clothing, toiletries, and blankets as the season begins to get colder. These blankets were a ray of hope for many who are hopeless.

Brielle Warren, 6-0 OH/RS, Houston Skyline 15 Royal – Warren is new to the club scene this year and is ready to put a lot of people on notice. This Saturday her Houston Skyline 15 Royal team played up in the top power bracket of the 16s division at the Houston Shoot Out. Warren, who touches 10-0 (+), registered 4 kills per set on her way to hitting a .314 for the tournament. If the sound of the ball coming off her hand doesn’t grab your attention then her enthusiastic celebrations and high energy will.