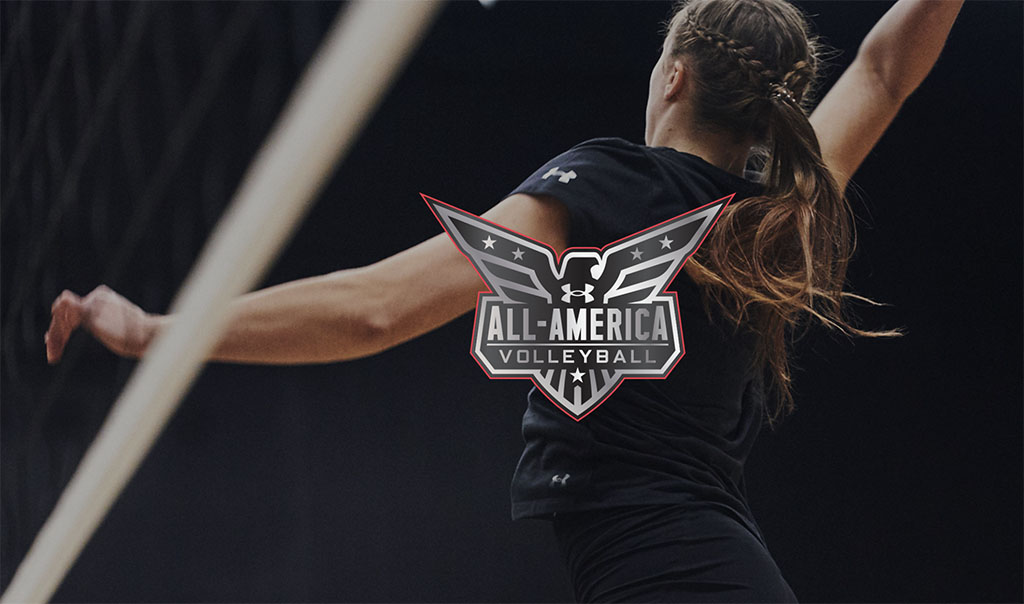 In the unprecedented time of Covid, Under Armour is investing in the sport of volleyball and providing an incredible annual opportunity for high school volleyball athletes.

“The Under Armour All-America High School Football Game annually celebrates the accomplishments of 100 high school seniors, providing a memorable experience that positions them for success as the game’s next generation of superstars.”

What does this have to do with volleyball, you ask?

Although Under Armour has hosted the AVCA All-American volleyball games since 2008, they are taking a new approach that will closely mimic their thirteen year All-America Football program. I had the chance to speak with Kara Hill from My Recruiting Solutions, whom Under Armour asked to develop a grassroots program, to gain insight on this remarkable opportunity for high school volleyball athletes.

“We are so incredibly excited for the experience these athletes will have an opportunity to participate in at both the camps and the games,” said Hill.

The All-America Games will continue to take place in Orlando alongside football at the ESPN Wide World of Sports Complex, but the opportunity is open to more than high school seniors.  Twenty seniors and forty underclassmen will be chosen to participate in the UA All-America Volleyball match and “Future 40”, with an all-expenses paid trip to Florida in December.

These sixty athletes will be the elite of the elite, with many already committed to top volleyball programs in the country.  For four days they will practice, compete, visit Disney World, participate in a community service component, and attend an award ceremony.  Coaches will form teams and ESPN will televise a LIVE match to cap off the experience!

The website for the whole program is in the process of being built, but it is live and you can access it HERE.  There is a growing list of nominations on the site; club directors, coaches, and even parents can nominate who they believe deserves a shot at attending a Selection Camp or the UA All-America Games. The “Watchlist” goes live soon.

According to their website, a nomination is reviewed by a panel of coaches nationwide from some of the top clubs to discuss which athletes should move forward and receive an invite to an Under Armour Selection Camp, and/or the Under Armour All-American Games. The Selection Camps and the Under Armour Games are invite only and there is NO FEE associated to participate in these events.  It’s a unique and highly selective platform as there is limited space for each event to ensure the best experience.  The top talent across the country will be in one spot competing for a “Golden Ticket” to the All-America Games.

Under Armour introduces four Selection Camps this summer.  Orlando to host June 21st and June 25th camps, with two in Las Vegas July 1st and 6th.  The NCAA recently announced all in-person recruiting will resume June 1st, so a high volume of college coaches are expected to be in attendance.

The Selection Camps are designed to provide volleyball athletes the opportunity to showcase their abilities, improve their skills through development drills and games, and learn from the coaching staff over a 3.5-4 hour duration.  If a high energy, elite camp with some of the best athletes in the country doesn’t persuade you, players will also take home a ton of Under Armour product — which they’ll have the opportunity to use during the camp and share feedback about.

When an athlete is accepted for a Selection Camp, they will receive an invitation with a code and link to the registration site to reserve their spot for the camp.  Which camp they attend will rely on preference or if a player’s team will be in attendance at nationals.

While the Selection Camps themselves are free, athletes will have to provide their own travel and stay.  The UA panel decided on the Las Vegas June dates and Orlando July dates in hopes it made sense for travel seeing they coincide with both USAV and AAU Nationals.

Attending a Selection Camp isn’t required to gain an invite to Orlando (although I’d go for all the free gear).  If a player is unable to make a camp, no big deal.  A panel of coaches and club directors across the country are currently attending major qualifiers and tournaments on the lookout for big-timers, as well as watching films submitted through nominations.

Hill has a new podcast titled Vball Recruiter’s Report; you can find it on her Instagram page (@vballrecruiter) and on Spotify.  It’ll be live on iTunes soon, too!  The podcast features volleyball coaches from different regions of the country who share athletes they feel need to be on the radar.  Players can even nominate themselves.  This hopefully encourages those who aren’t necessarily already on the radar (not always competing in the Open Division at tournaments) to send in film/stats or attend a tryout.

Boom.  This is when PrepVolleyball makes their long-awaited entrance.  We have three Unsigned Showcases left this club season:

Hill, among others on the UA All-America panel, will be in attendance at Unsigned Showcases to scout players for Selection Camps and watching through film and data collection.  Athletes can attend showcases as a tryout.  Although the UA All-America program is separate, we’re ecstatic athletes will have the opportunity to get seen at one of our PrepVolleyball Showcases.

With Covid-19 protocols, college coaches are unable to physically attend.  However, not only do participants receive an individual highlight reel that can be shared with any college coach in the nation, but PrepVolleyball has partnered with My Recruiting Solutions to film every court of each 2021 Unsigned Showcase. The footage will be emailed to EVERY college program in the country for FREE, so while college coaches are unable to attend in person, they have access to the footage and the database from the event.  If you’re unfamiliar with our showcases, you can find more information and reserve your spot HERE.

Between the NCAA Division One tournament airing on ESPN and Athletes Unlimited’s first volleyball season, we’re seeing the light shone on volleyball getting brighter this year.  Having a brand like Under Armour provide this opportunity to our sport is a huge win in the volleyball world.  PrepVolleyball celebrates the chance UA is giving athletes to be nominated, to attend a Selection Camp and be spoiled with gear, and be showcased on live television.  With the success of the UA All-America Football Games, my expectations are high for the quality of experiences volleyball athletes will gain from this program.

The website is up and running, and social media platforms are in the works of completing.  For now, @vballrecruiter on instagram has insight on the program and you can visit @AllAmericaGame to see some of the 13-year program’s highlights. It’s pretty stellar.

Who do you want to see at the UA All-America Games? Sound off in the comments and head over to their website to submit your nomination.