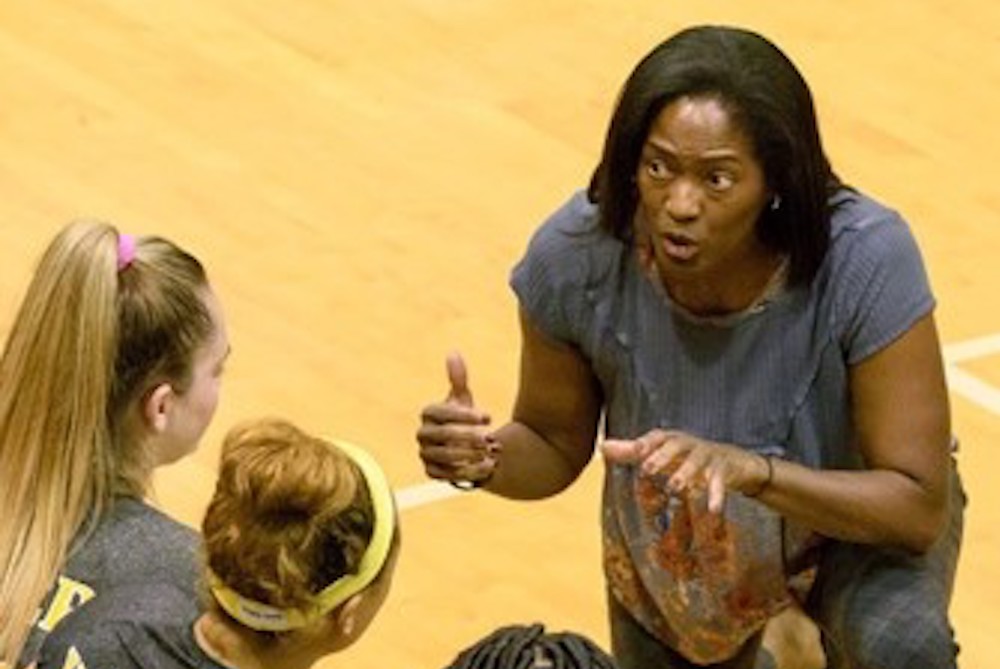 I had the chance to pick the brain of Xavier University of Lousiana head coach Patricia Kendrick on the potential upward trend of HBCU volleyball. She brings over 30 years of coaching experience and some much-needed insight on the status of HBCU athletics and volleyball during the newly invigorated movement of social justice reform across the country.

Before transitioning to XULA, Kendrick won 467 matches in 30 seasons (1985-2014) coaching at George Mason University in Virginia and won eight Colonial Athletic Association championships, qualifying seven times for the NCAA Tournament. She was also named state coach of the year by the Virginia Sports Information Directors six times. She spent the last two years before Xavier as the Director of Volleyball Operations at Virginia Tech. She also spent time on the NCAA Division I Women’s Volleyball Rules Committee and was a voter on the AVCA’s top 25 poll. Outside of the collegiate game, coach Kendrick has served as a ‘cadre’ or instructor for USA Volleyball’s coaches accreditation program, and a coach for the USAV High-Performance program.

In an introductory article on XULA’s website, one of Kendrick’s goals for the program was “to bring Xavier to the point where it’s a nationally recognized volleyball program to go with its nationally recognized academic programs,” and she’s done just that. Under her leadership, the program has a .808 win percentage, with 80 wins and 19 losses, going undefeated in conference matches, and reaching as high as 29th on the NAIA National coaches poll in 2019.

Looking back throughout her coaching career, coach Kendrick said, “There are certainly more African-Americans playing volleyball now than when I started.” She continued, “There have certainly been more non-African Americans interested. I’ve also noticed more African American recruits stating in emails, they have always wanted to attend an HBCU.” But the jury is still out, in her opinion, if the upward trend was a result of the recent social justice movement.

“I think the biggest impact is the fact you’re able to see Volleyball on TV. Young African-American girls can see someone who looks like them playing at a high level.” The Big-12 alone has had 12 matches shown on television in 2019. Each of the nine teams in the conference has had at least one game aired on ESPN or Fox Sports, and the availability of streaming matches has made women’s volleyball much more accessible to the public.

Back in May, ESPN in coordination with TheUndefeated, a media outlet specifically focused on the intersections of sports, race, and culture, presented ‘HBCU Day,’ a full day block of sporting events featuring HBCU’s, including the 2019 SWAC Women’s Volleyball Championship (Alabama State vs. Prairie View) and the 2019 MEAC Women’s Volleyball Championship (Morgan State vs. Howard).

Regarding the current basketball trend of high-profile recruits considering attendance at historically black colleges or universities and the potential carryover to volleyball, Kendrick said, “they might consider it. But it might come down to finances. I’m not sure how many HBCU’s have the cost of attendance gap money to give. The perks of being at a big program (gap money, training tables, paying for summer school, more volleyball/training shoes you could possibly use in a season, big crowds, team playing for a national title, TV coverage) are hard to ignore.” She also shared concern over the financial desparity of Recruiting budgets to scout the top athletes, which might also be limited.

But there are unique benefits to HBCU’s as well. According to Kendrick, “the benefits certainly have students taking part in the culture of HBCU’s (Homecoming celebrations, step shows, social pride).” She continued, “If most HBCU’s are like Xavier, the students are more involved in social issues because they tend to hit a bit closer to home and might impact them on a regular basis.” Now more than ever, those issues are the main conversation across the country in communities of all races.

Her final thought was to make volleyball more accesible, stating, “Having more affordable club teams available will certainly allow Volleyball to be about the athletes, and not about how much their parents can afford.” Volleyball has long been viewed as a socio-economic centered sport, requiring extensive yearly club fees for top level programs, which can be an intimidating factor for some athletes from lower income areas. The opportunity for growth within the HBCU volleyball community is there, but the decision is still in the hands of the student-athletes.