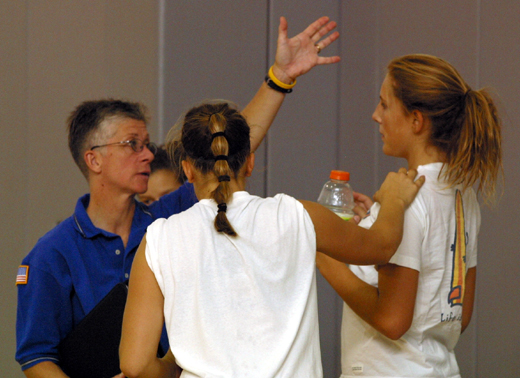 Darien has long been considered the class of Connecticut volleyball even though, for years, the Blue Wave played in Class “M,” the state’s second-smallest division. From 1993 until 2006, Darien dominated the division, winning 12 state titles over 14 years. In 2007, Darien moved up one division, to Class “L,” and made history, not by winning state again, not even by extending its unbeaten streak to 139 in a row. The Blue Wave did it by completing a perfect season: 25 winning matches in the minimum 75 games, the first time a Darien team had achieved that feat. For that and so much more, Laurie LaRusso, the architect of the Darien program, is PrepVolleyball.com’s 2007 National Coach of the Year.


You must login to view this article or subscribe to PrepVolleyball.com! Annual subscriptions start at just $1.87/month!