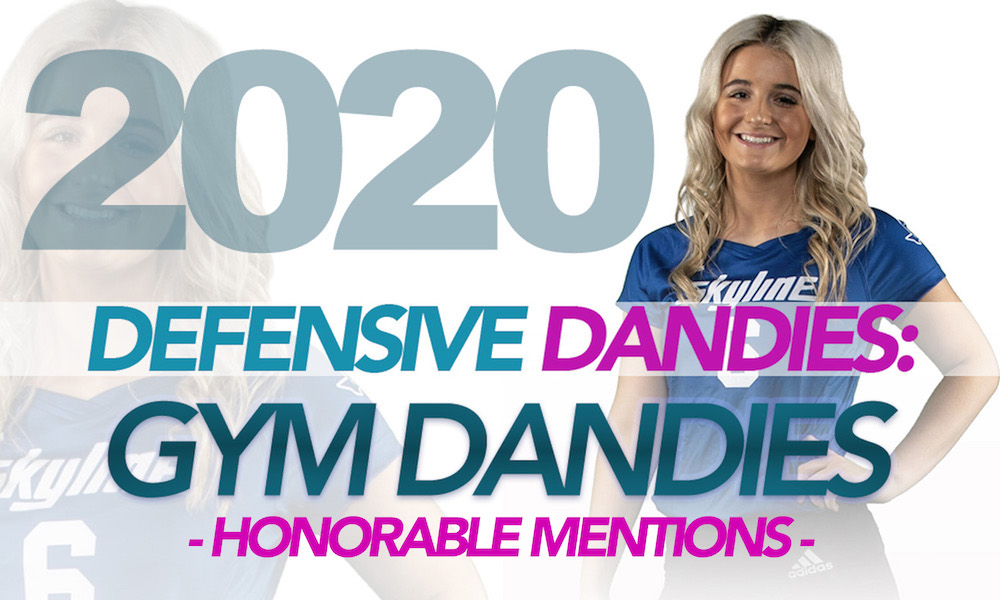 Welcome to part II of the 2020 Defensive Dandies! This year we've changed things up and created three ten-player teams of the top defenders in the country, which will be released tomorrow. Today we're highlighting just over 100 players that earned an Honorable Mention via consideration and nomination. Please note that players had to be nominated to be considered. Nominating parties, whether HS coaches or club coaches or club directors, were NOT required to be members of PrepVolleyball.com. We asked them to nominate players for this list, and stipulated that the player had to be generally considered among the best 10-20 defensive players in their state and school classification. That is obviously a subjective standard. While some coaches tried to abide by our "marching orders" strictly and did not nominate excellent players, others nominated more freely.

For the record, no one nominated who logged significant varsity minutes in 2019 was cut, so long as sufficient information was provided to substantiate the candidate's nomination. Whether they were elected to the top three teams or honorable mention, each player deserved to be on the list. That being said, you must understand one thing: we did not want to make any assumptions about players who SHOULD be on this list. Thus, with very few exceptions (players we knew to be standouts and a handful of players that reenforced the performance that landed them on last year's Defensive Dandies list or on another list such as the Senior Aces), only nominated players were considered. However, appearing on last year's list did not guarantee your inclusion this year unless someone took the time to nominate you.

There is no question that there are dozens of players out there with the stats, skills, and accolades to have a place on this list. However, we based the list off of nominations received by the high school and club coaches that chose to or had the time to participate in the unfamiliar landscape that we are currently in due to Covid-19.

The Gym Dandies Honorable Mentions are presented categorically by each graduating class. As challenging as it is to decide who belongs on the top three teams, their current accolades and accomplishments should speak for themselves, as well as the supporting comments of their coaches. We gave respect and deference to seniors and to those players whom college coaches have determined are the best at covering the floor and more.