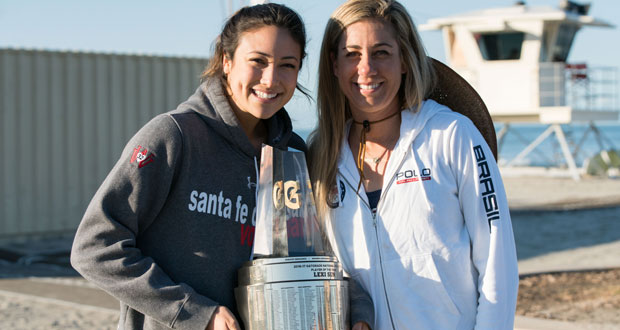 PVB’s top-rated Senior Ace adds to her award collection with the Gatorade National Player of the Year Award, which was presented by April Ross in a surprise ceremony.

When Lexi Sun, coming off a crazy summer playing for the Junior National Team, decided to sit out her junior year of high school it seemed like a new trend might be hitting PVB’s top-rated Senior Aces.

Sun wasn’t officially the top-ranked Senior Ace of her class until they were released in August, but only two years ago another No. 1 Senior Ace – Hayley Hodson – didn’t play her final season of high school. Many were wondering if Sun would follow suite and skip her senior season?

In talking with Sun during the high school year, that wasn’t her intentions. She planned on playing her last year all along.

Fast forward to this month, eight weeks after Sun last stepped off the court for Santa Fe Christian, a season in which Sun took an unheralded Eagles’ group to the California Open Division state semifinals before falling against highly-touted and national-championship contender Santa Margarita as Santa Fe Christian finished No. 12 nationally in PVB’s Top 100 Rankings.

Sun is on her way to the beach with her volleyball friends.

When they arrive, they hear a woman on a bike making a commotion and offering up ice cream.

Intrigued, Sun and her friends drew closer for a better look.

“When I realized it was April Ross, I started freaking out,” Sun said.

You might be wondering what Olympian beach volleyball player April Ross was doing handing out ice cream?

It was a disguise.

Ross was really there to hand out something much more important and arguably just as tasty as the satisfying dessert – the National Gatorade Player of the Year award. 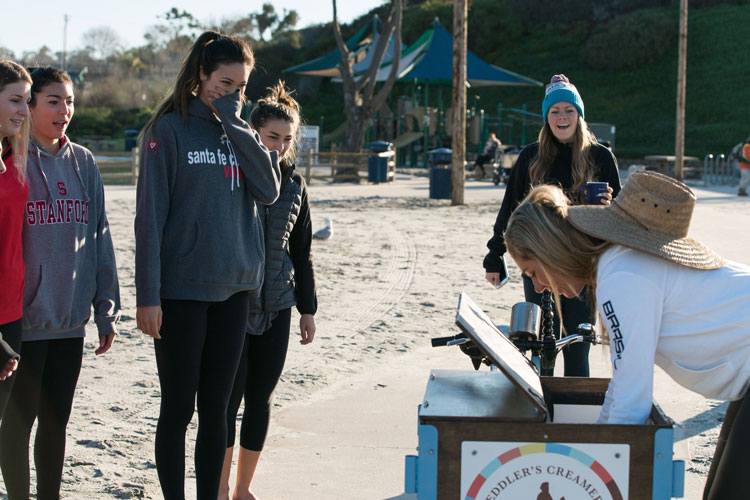 “I had no idea,” said Sun, who started to piece it together quickly once she saw friends and family emerging to complete the surprise.

“They all kept it a secret,” Sun said.

It’s ironic, because the cat’s been out of the bag with Sun since she was in seventh grade.

She’s arguably the top offensive talent ever to garner PVB’s No. 1 Senior Ace ranking and is part of a Texas class that could easily land the No. 1 spot in our Top 30 Recruiting Class Rankings out later this season.

“At least one Pac-12 coach commented that Lexi Sun could have started for him when she was in eighth grade,” said John Tawa, Publisher of PrepVolleyball.com. “She hit extreme angles with no fear and was an intimidating blocker even then. The ensuing years have seen her add strong serving and determined back row play to her repertoire. Together with her always-improving hitting and blocking game, Sun now is truly terrifying for any opponent to face, even on an international stage. She will take the college world by storm.”

That Santa Fe Christian went from off the map to a national story in a matter of months is why Sun is a perfect selection for the award. The 6-foot-2 senior outside hitter amassed 630 kills, 288 digs, 60 blocks and 45 service aces this past season. Sun is part of the U.S. Women’s Junior National team and was also named the ALL-USA Player of the Year by USA TODAY.

“It’s a huge honor to present this award and to be part of the Gatorade family,” Ross said. “Gatorade is so tight-knit and takes care of their athletes. I look forward to it every year.”

Ross split with partner Kerri Walsh-Jennings at the end of last season to focus on having a family.

If Ross is able to stay around as long as Walsh-Jennings has, maybe she’ll sell Sun on beach and take her as a future partner?

“I don’t know if I’ll still be playing when she is out of college, but I would consider it,” Ross said jokingly.

Nothing had been discussed yet but Sun said there was still time to negotiate.

“She hasn’t said anything yet, but we have a long day together so we’ll see,” said Sun as she played along.

Ross spent her high school days playing for Coach Dan Glenn at Newport Harbor, where he also coached another Olympian in Misty May-Treanor.

Glenn is known for being a tough coach. He even benched Ross once, or tried to anyway. Glenn wasn’t pleased with one of his players so he told her she was benched for the next match.

When Ross let her objections be known to Glenn about what he did, Glenn benched Ross too. Or at least for the first two games before putting her in. Newport Harbor came back and won in five games and Glenn would lament the move years later.

The same could be said of Sun, though it will never be known how Sun might stand up with someone like Glenn.

“I’m sure she would have fared fine,” Ross said. “It seems like she has a really good head on her shoulders. It was tough for me getting benched. He was not the most gentle coach but it made me mentally tough.” 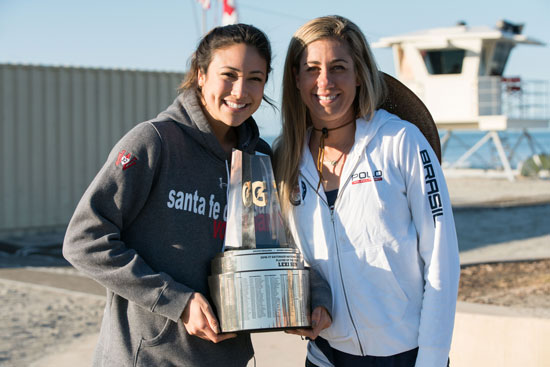 April Ross and Lexi Sun, with the Gatorade National Player of the Year award.

Who knows, maybe one day junior volleyball players will be boasting about getting to meet Sun.

“I think this is a huge testament to all my coaches and all the players on my high school team,” Sun said of the award. “I would not have come close to this award without all of their hard work.

“I’m thankful for all my family and friends who have supported me. They have been such a great support system. They have always been here for me and encouraging me. I’m very thankful for that.”