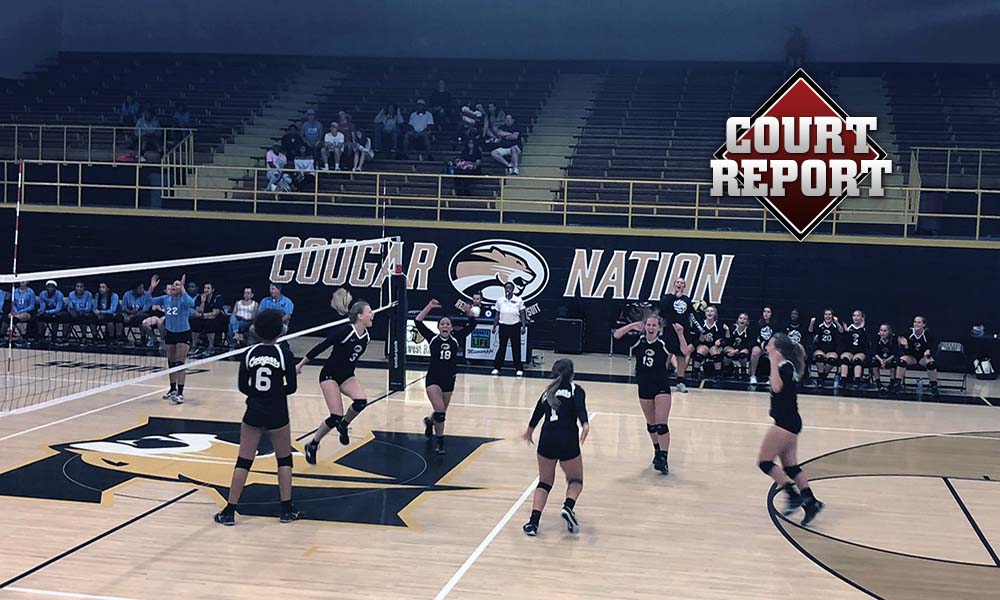 Northwest Rankin HS celebrates the taste of victory and an undefeated start to the 2018 season.

Friday August 3 is a day a handful of states kick off their high school volleyball seasons while certain schools in a few other states host one-day tournaments in the coming weekend. That’s not the majority, though, as many schools are just completing try-outs, and a few states, like Vermont and Delaware, do not mark a volleyball match on the schedule until the first week of September.

Many of the matches, from what I can tell, are non-conference, but that doesn’t mean they don’t count for a team’s overall record. They do, as well as for bragging rights, and more importantly at this point in the season, a good benchmark for coaches to note areas to focus on for improvement.

On August 3, 2018, I was able to directly witness how one team became one of the very first to be 1-0 on the year! Because I now live in the unique state of Mississippi, I had my pick of four matches in my backyard. After checking out mainly the location of each, I landed on the match for me: Ridgeland HS at Northwest Rankin HS.