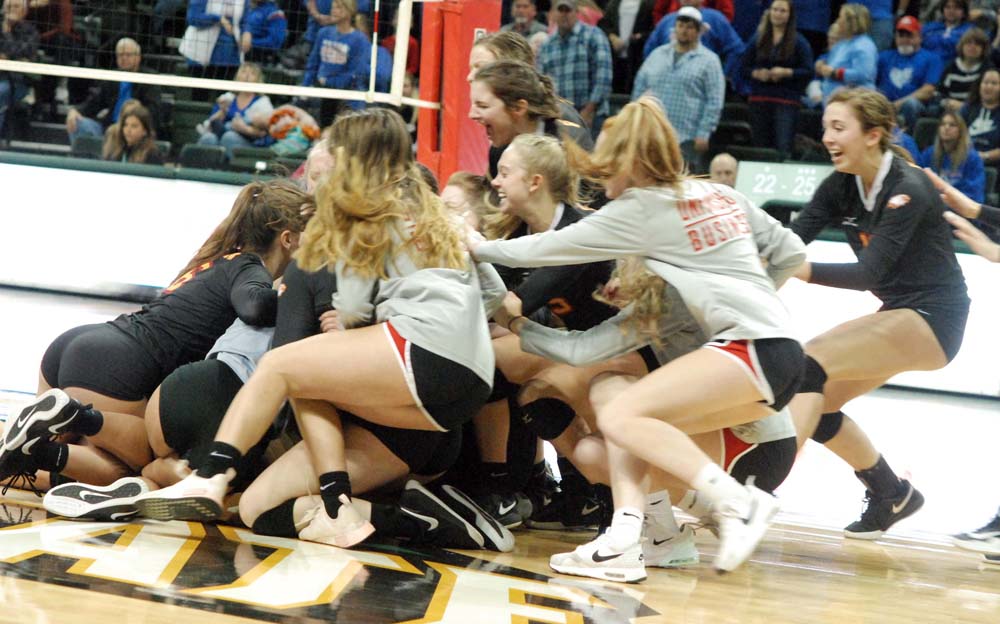 Bishop Fenwick captured its first Ohio Division II title since 2010, rallying from a set down on the backs of its eight seniors to defeat Highland in four tough sets.

Kate Hafer took a Grace Maziar set and banged the ball hard off the block and out of bounds to seal the win for Fenwick in a hard-fought, intense battle. The kill stifled one last comeback attempt for the Fighting Scots, who trailed by as many as eight points in the set but used an 8-3 run late to get within 24-22.

“I thought we fought awful hard,” said Highland coach Rob Terrill, whose team was playing in the first final for any girls team in school history. “It would have been easy to mail it in at the end of the fourth set but we continued to fight and fight and fight.”

There were many heroes for Bishop Fenwick but none stood taller than its shortest player. Mazier, a senior who runs a 5-1 offense despite standing just 5-3, not only orchestrated a diverse offense to the tune of 51 assists, she also had 11 digs, an ace and five massive kills.