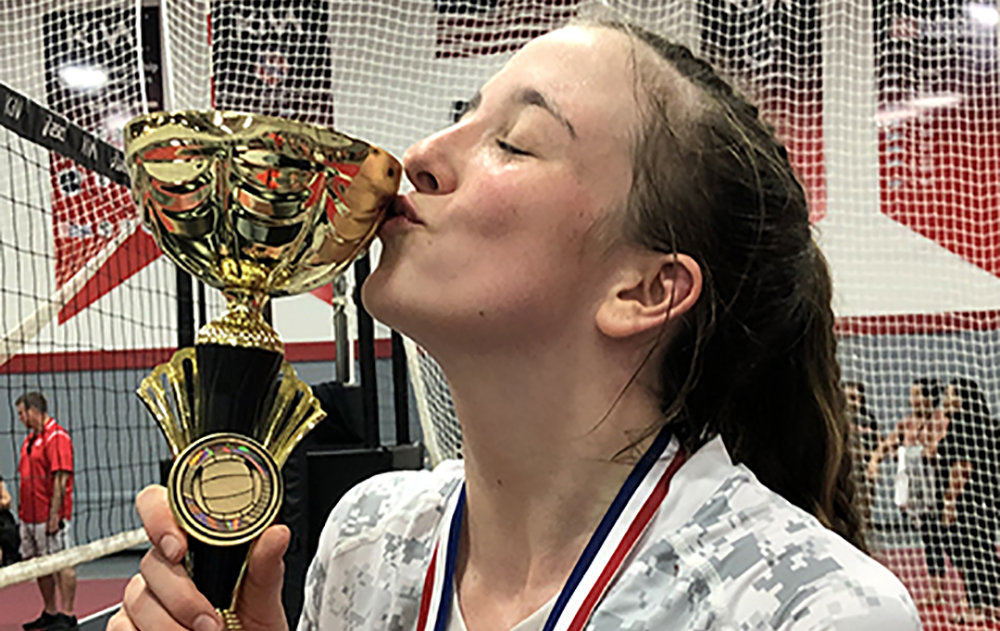 Sam Ott has led her Padua team to reap great rewards this season.

We at PrepVolleyball.com continuously look at the high
school national rankings and what it means to be No. 1. It doesn’t just mean going
undefeated and recording loaded statistics. It doesn’t mean being a
middle-of-the-road team in a strong volleyball area or playing a difficult
schedule and picking up some losses along the way. It’s all of these things combined,
but also winning the big matches at the right time.

Even if a team isn’t on a quest to suddenly become No. 1, becoming one of the top 100 teams nation-wide isn’t a simple task. And, watching yourself emerge into the national rankings shouldn't be the only goal of playing and coaching high school volleyball.

We’ve seen plenty of teams take risks to not only become the focus of the conversation this season but prepare for their respective state tournaments. They have traveled to the prestigious Durango Fall Classic, Phoenix Tournament of Champions, Louisville Invitational Volleyball Tournament (LIVT), and/or the Chicago Asics Challenge to not only prove they belong at the top but also to test their limits.

What’s the right thing to do? It can be risky to not
travel, play it safe, and not have the chance to get those quality wins or
learn how to battle against teams stronger in different ways than you are. Of
course, not every program has the luxury of being able to afford traveling out
of state. But the risk can lead to rewards like shocking the nation and
preparing for post-season play, as we’ve seen happen with current No. 1 Padua
Franciscan.