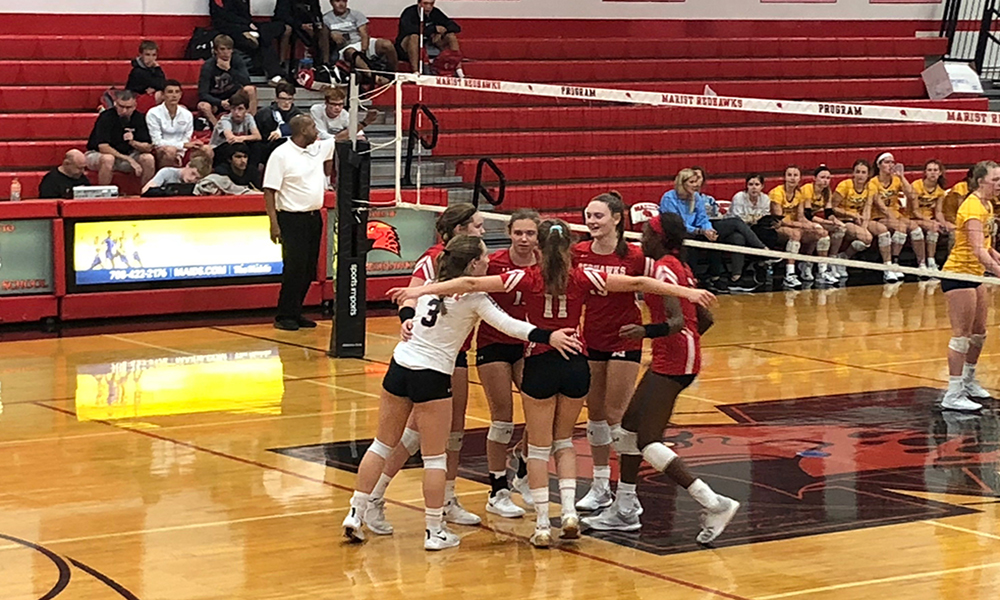 We choose Marist to make it to the final to face No. 1 Assumption- can the Nation’s top team be overthrown?

Mother McAuley hosts its annual ASICS Challenge in Chicago this weekend, bringing in six Nationally-ranked teams and others highly-ranked and respected in their area, represented by seven states. Many teams not from the Chicago area competed on Thursday to make the most of their trip. You can read about two of those matches, here.

Each ranked team in attendance has climbed at least three spots since last week’s National Rankings were released, other than Assumption, of course, who cannot go any higher than No. 1. In Assumption's last non-State tournament this weekend in Chicago, it's the last chance for an out-of-state team to overthrow the top rank and upset all the rankings underneath.

Ranked Teams, as of September 27: