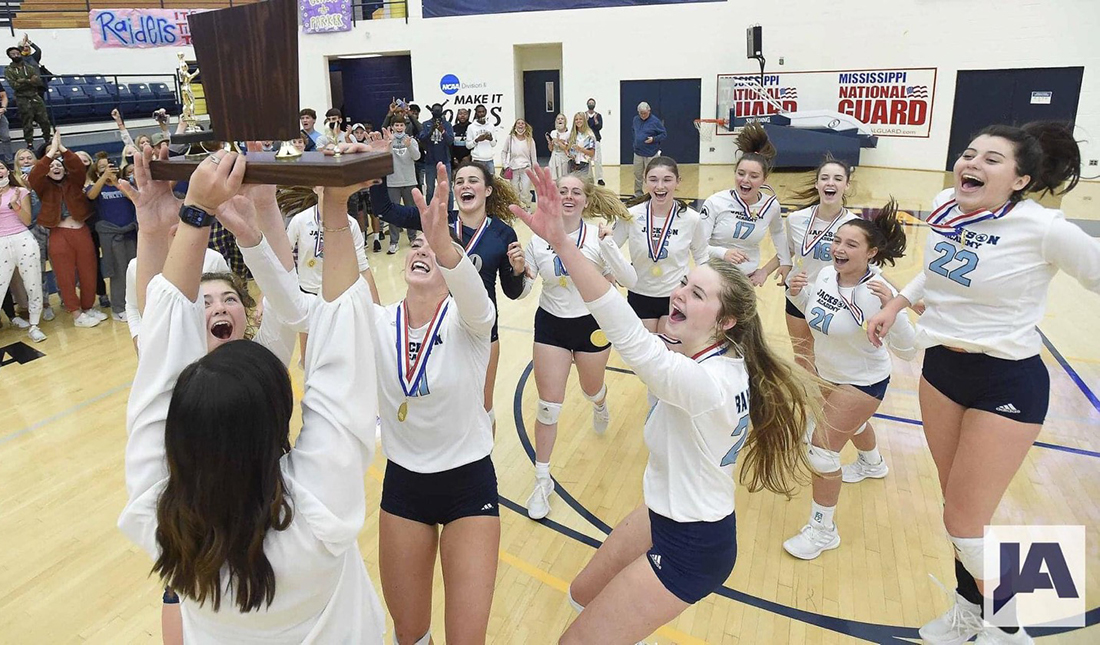 Jackson Academy was crowned the 2020 MAIS State Champion over the weekend.

There were quite a lot of differences at the Mississippi Association of Independent Schools (MAIS) State tournament this year from last with masks, spectator rules, and other COVID-19 protocols for the matches played at Mississippi College. Two things that weren’t different, however, were the teams who competed in the MAIS State Final this weekend, and the eventual champion.

Jackson Academy won its second consecutive State
Championship. In fact, the Raiders have played in the State Championship match
every year since 2012 and won it six of the last seven years dating back to
2014.

It was an evenly-matched final between JA and Hartfield Academy,
the team that won the crown in 2018, as both teams finished the season with
records of 29-4. The rivalry has grown as Hartfield is fairly new to the scene
as a top MAIS contender, becoming more competitive each year.