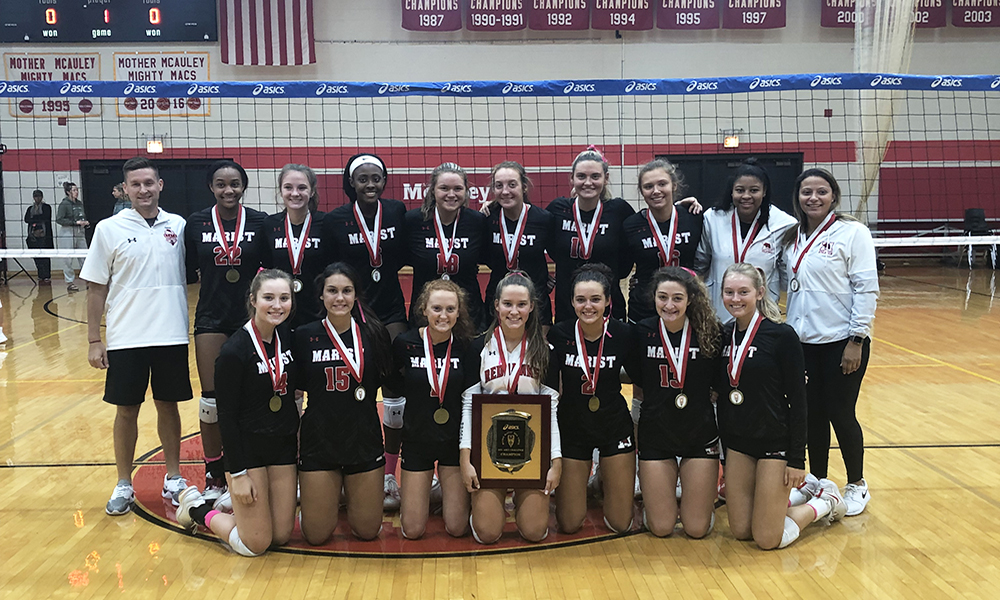 Marist HS has claimed Gold at the Asics Challenge once again.

After taking a year off from winning the Gold medal, Chicago’s own Marist, ranked No. 29 nationally, returned to the top of the podium with a first-place finish. Marist beat No. 25 Skutt Catholic in the final in a match that challenged each team from every position with a score of 25-22, 28-26.

A year ago, the 2018 National Champion Assumption beat the Red Hawks in the final match on Marist’s quest to go back-to-back; Marist beat Assumption in the semifinals and then won first-place two years back.

“All really comparable, fun matches,” said Marist coach Jordan Vidovic about the win against Skutt and the consistently high level of play at the Chicago tournament. “It felt a little bit like those Assumption matches the past two years. We love that and our players kind of thrive off playing those games. I think we both [Marist and Skutt] play as fast as anybody, offensively. There were some big-time plays back and forth – heavy swings, big blocks, good defensive plays…”