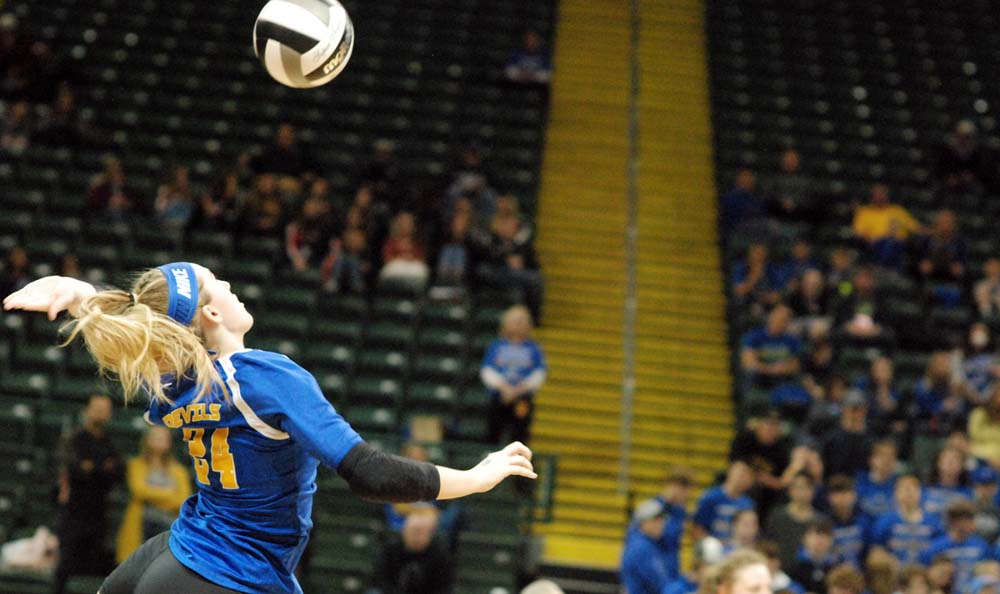 When undefeated Wheelersburg went down two games to none to Independence in a Division III semifinal at the Ohio Volleyball State Tournament on Thursday in Dayton, the Pirates had to think they still had a chance in their first-ever trip to the Nutter Center on the campus of Wright State University. After all, they’d been in precisely the same position in the regional final just five days earlier against Berlin Hiland and rallied to win.

“I believe in my team,” said coach Allen Perry.

The Burg, from a small town on the Ohio River in the southern part of the state, had no answer for the battle-tested Blue Devils, however. Independence, making its third straight appearance at the state tournament, won all phases of the match and dominated start to finish in the 25-10, 25-12, 25-12 win.