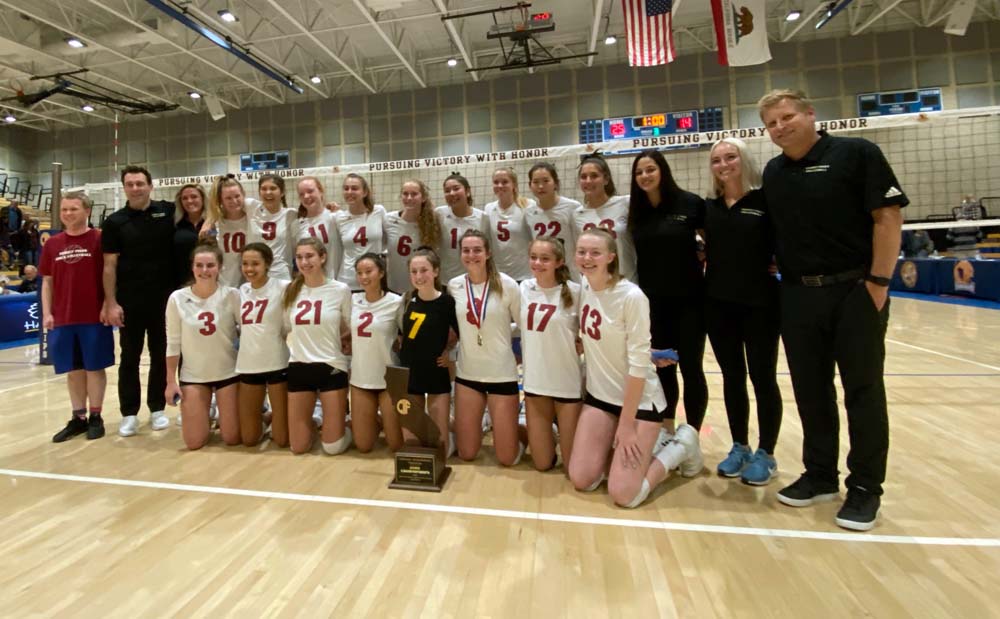 They have been perennial powers in the San Diego Section, winning 18 section titles, including six of the past seven in the Open Division. They once boasted “Team DNA,” a squad loaded with talented children of former professional athletes. They once had the most feared hitter in California. And yet, before Saturday, Torrey Pines had never won a California state volleyball title.

It was a long time coming for the program and, for this unheralded, senior-led Falcon team, very much deserved.

Yesterday, at Santiago Canyon College in Orange, the No. 1 team in the nation throttled No. 26 Marin Catholic, 25-11, 25-23, 25-14, not only capturing its first CIF State title after coming up one win short in 1992, 1993 and 2001, but also likely laying claim to “best in the nation” status for 2019. Brennan Dean’s team, which finished 39-2 for the season, achieved the feat with a roster bereft of superstars but full of seasoned, fundamentally-sound winners who were determined to make history for the picturesque school in North County San Diego.