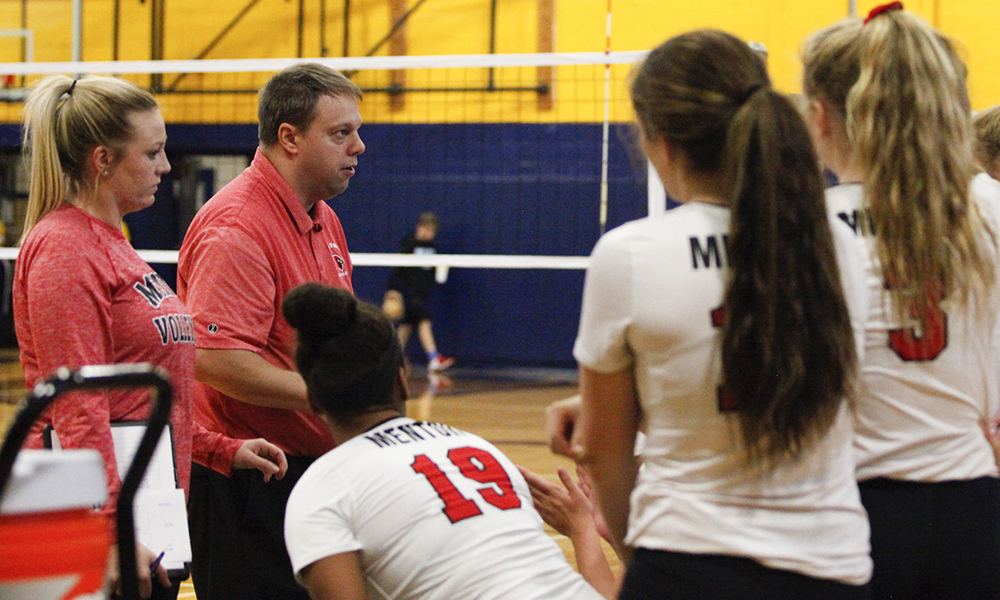 On Monday, October 8, Mentor High School (Ohio) and its volleyball team were informed of the sudden and unexpected passing of Head Volleyball Coach Stephen Scherlacher.

Scherlacher had been a current Director of Volleyball Operations at Eastside Cleveland Juniors Volleyball Club and Eastside Athletic Company, as well as the coach of the 18 Sky team.

Superintendent Bill Porter released the news in a letter to students and parents. He wrote, “Please join me in keeping Coach Scherlacher’s family, friends, and loved ones in your thoughts and prayers during this terribly difficult time.”

The Mentor volleyball team has postponed its match against Strongsville on Tuesday, until further notice.

You can read more from the initial news releases of Scherlacher’s passing, here and here. The PrepVolleyball.com community extends our sincere condolences.