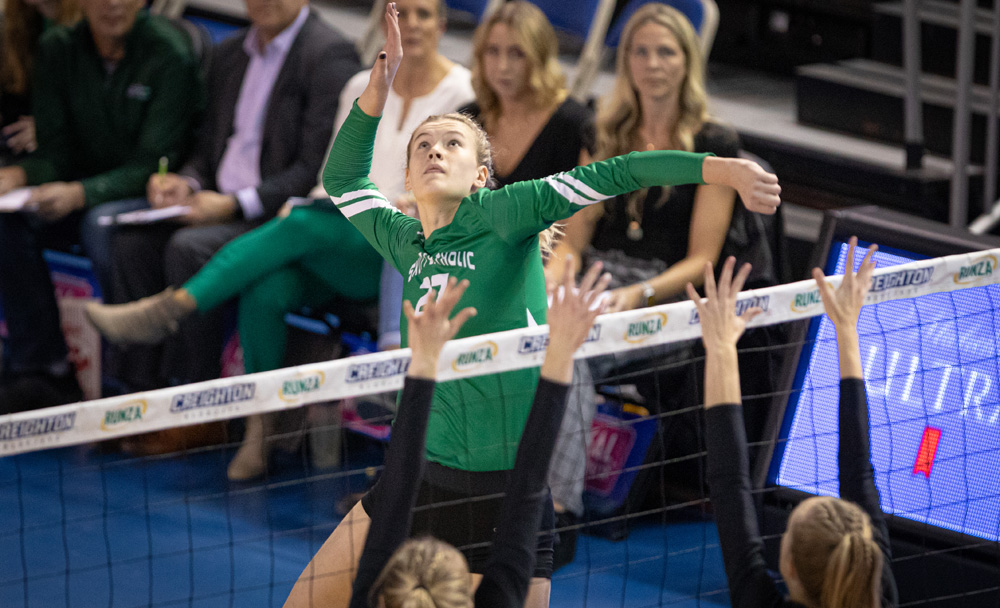 Here are the 43 candidates
for 2019 PrepVolleyball.com National HIGH SCHOOL Junior of the Year:

To be considered a finalist for National Junior of the Year,
a top junior had to make a “massive” impact on her high school team and the
state. “Massive” is a subjective term, but at a minimum required that she
have statistics that were the best on her team at her position and that she be
one of the top players in her state regardless of class. Playing on a team that
won a state title, advanced far in the state tournament and/or was nationally
ranked was also helpful.

The National Junior of the Year winner will be announced
within the next month.

*National Junior of the Year Finalists*

Tia Allen, 5-10 OH, Mt. Spokane (Mead, Washington) – Allen was a double-double machine in 2019 for the Wildcats. She had 14 kills and 12 digs in the 3A championship final, Mt. Spokane’s second consecutive title, capping a junior year in which she was named Greater Spokane League MVP and Washington 3A Player of the Year.

Paige Bartsch, 6-3 MB, Capital (Helena, Montana) – First Team All-Western AA, 2019 Western AA Player of the Year, First Team All-State AA and Independent Record All-Area Player of the Year, Bartsch made a deep impact on the state of Montana in 2019. The Boise State recruit averaged 13 kills and five blocks a match in the state tournament in helping the undefeated Bruins complete a run to the large-class state title, their second in a row. On the season, Bartsch, the 2018 Montana Gatorade POY, recorded 293 kills, 86 blocks, 127 digs and 90 aces over 91 sets.