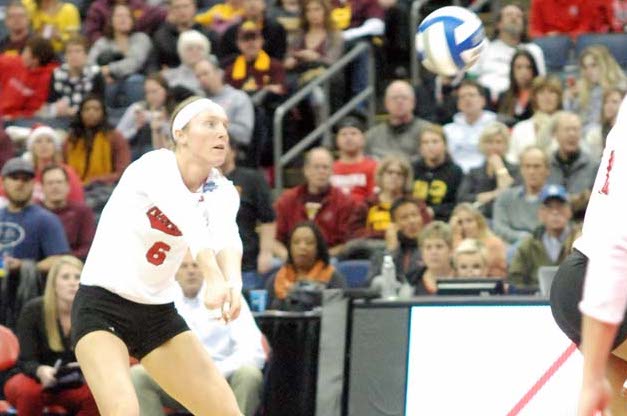 The No. 1 Player on Our Top Ten Players of the Decade countdown is Papillion-La Vista South’s Kadie Rolfzen.

She was finally chosen as Nebraska Gatorade Player of the Year, and PrepVolleyball.com Junior of the Year in 2011. It was a standout year for Rolfzen. She was selected for the 2011 U.S. Girls Youth National Team at the FIVB Women’s U18 World Championship, where the team finished in ninth place. Shen then led Papillion-La Vista South to the MaxPreps and ESPN Rise national title. She earned first-team AVCA Under Armour All-America honors in 2012 and was named a Volleyball Magazine Fab 50 selection.

As a senior, she was selected as the number five player coming out of high school by PrepVolleyball after leading Papio South to three consecutive state titles and two undefeated seasons. She finished her high school career with a 126-1 record and was named 2012 Girl’s Volleyball Athlete of the Year along with her twin sister Amber by the National High School Coaches Association. During her club career, She was named the MVP of her club team, Nebraska Juniors, when they won the USAV national championship. But the awards and achievements didn’t stop there.

In College, Rolfzen was named Nebraska Female Athlete of the Year in 2015 and an NCAA Woman of the Year nominee in 2016. She was awarded a spot on the NCAA Senior Class Award First-Team in 2016 and is only the second player in the University of Nebraska school history to earn four AVCA All-American honors. Along with her sister, she also helped guide Nebraska to the NCAA Division I Women’s Volleyball Championship title in 2015 as a junior.

In 2019, she was named best outside hitter at the Pan American Cup, representing the USA. After graduating, Rolfzen spent a season in playing professionally in Germany with Dresdner SC alongside her sister Amber finishing third in the German Bundesliga before transferring to Japan to play with Toray Arrows.

About Rolfzen, former Papillion-La Vista South coach Gwen Egbert said she was “a tremendous athlete who understood the importance of practice and being a learner of the game. Kadie had the ability to go to another gear in matches that would lift our team to another level. Very cool to see. I was blessed to have had the opportunity to be her coach!”