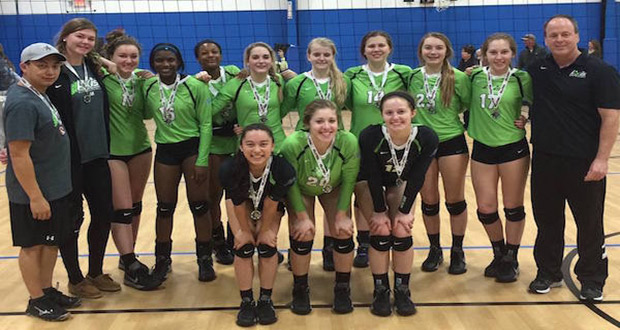 This article is a recent post on the JVA Blog, providing education for Club Directors, Coaches, Players and Volleyball Fans.

The time of year has come. The temperatures are falling; the sun is setting earlier. The leaves are beginning to change color and everyone’s stress level is rising while trying to decide which volleyball clubs to try out and play for this season. There are many factors that go into determining how much a volleyball season is going to cost your family: the club, the team you make (National, Regional or Local), and travel costs (method of travel, how many family members travel, meals, hotel stay, etc). In order to help families navigate through the decision process, here are some ways to estimate the cost of club volleyball.

The first thing most families look at when they begin the process of comparing clubs is the posted fees for the upcoming season. That is understandable as It is the primary tool that most volleyball clubs share on their website and meetings when marketing themselves. I will let you in on a little secret: There is not ayouth volleyball club in the country that wants you to really sit down and figure out how much you are going to spend in a season. The main reason for that is the actual season costs are going to be much higher than what most clubs advertise. When you are attending 8 to 11 multi day tournaments with hotels, food, gas and sometimes plane tickets, the costs can add up very quickly.

As a club director I’ve worked with many parents over the past several years to come up with an estimated cost for a season of club volleyball. Every club is a little different but we based our estimations off of these assumptions:

Based on these assumptions, we estimated that a season of club volleyball will cost a family the following (not including training or club dues):

There are many other miscellaneous expenses not included in these numbers such as event parking, tournament apparel and family activities/sightseeing while traveling. Your family might also be traveling with an additional family member that would not have been accounted for in our estimates. We feel like the numbers we have presented are pretty conservative and the actual costs could be much higher.

It is becoming more popular for clubs to mitigate these costs by incorporating Team Travel where teams, coaches and chaperones will travel together and the travel costs are built into the club dues. This allows a family to forgo the cost for multiple adults and siblings to stay in a location far from home. Team Travel may appear to increase the club dues, but in reality it ends up being a less expensive option.

One of the main driving philosophies at Axis Elite Volleyball Academy is “in order to be the best you have to play against the best.” That means that if we want to play against the best competition in the country we are going to have to travel to tournaments where those clubs are participating. An added bonus is that most of those tournaments are heavily attended by college recruiters. As the travel increases, so does the cost for families, which is one reason that Axis Elite created “Players Only” trips. Another is the belief that there is invaluable benefit in the bonding and growth that occurs when teams travel and stay together as a group.

In our short history as a club, Axis Elite already had more Top Ten National Finishes than any club in our state. We firmly believe that a strong training program and a very competitive tournament schedule has greatly contributed to that success. Volleyball families face some very tough decisions this time of year. We urge you to “Do The Math” and compare all of the elements a club offers. When you do we encourage you to look at all of the true costs and not just what might be posted on a club’s website.

Club Directors realize this is a stressful time for volleyball families and the financial sacrifice you make for your children to play club volleyball is not insignificant. This club season, make sure you do your research and plan ahead in order to better navigate the cost of playing club volleyball at the highest level.

Axis Elite Volleyball Academy is a member of the JVA. If you are interested in learning more about the JVA and how we can help your club this season click here.

Sean Fitzgerland is the Club Director and Master Coach at Axis Elite Volleyball Academy in Simpsonville, SC. Sean began his volleyball coaching career in 1994 at Dorman High School in Spartanburg,SC.  The following season he made the jump to the Division I and became the first assistant at Wofford College. It was during his 9 seasons at Wofford that he become one of the founding members of Club South Juniors, formerly one of the premier clubs in the Southeast. Sean Spent 16 years with Club South before deciding it was time to take the next step in his career and start Axis Elite Volleyball Academy. Since the creation of Club South, Sean was instrumental in helping the club grow from 6 teams in 1998 to over 50 teams and 600 athletes in it’s last year.